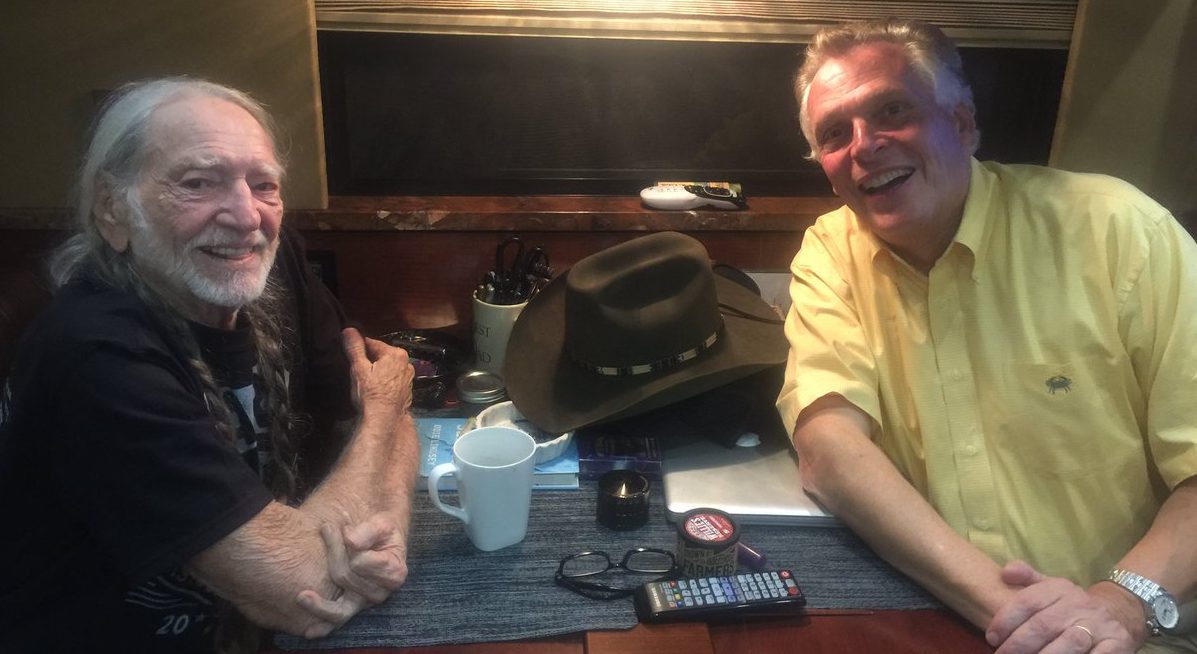 The governor of Virginia – a US state where weed is still illegal – has been caught out posing with country music Willie Nelson and a jar of the singer’s self-branded weed.

ALSO: Weed is the new perfume – more celebs cash in on weed brands

Terry McAuliffe, who assumed office at the start of 2014, spent about ten minutes in Nelson’s trailer on the night of the singer’s Virgina performance, reports AP.

A spokesperson for McAuliffe said the governor “didn’t realise” what the jar Willie’s Reserve sitting on the table was.