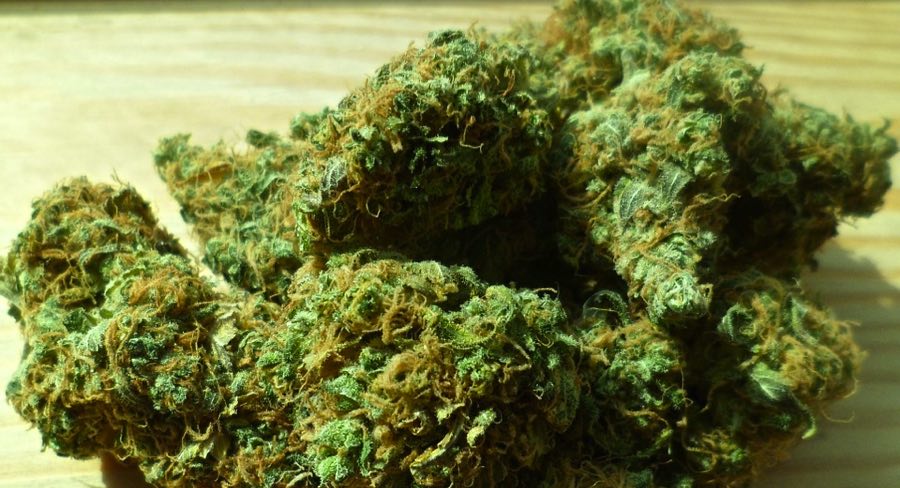 After years of being under scrutiny by Congress and the general public, it’s always surprising to see just how much the cannabis industry has grown these past couple of years. As the acceptance of marijuana continues to grow, more and more people can benefit from the plant. One certain group of people can use marijuana to treat their arthritis and chronic pain.

As per the research, arthritis is a body condition wherein one or more of your joints feel tender and begin to swell up. The symptoms of the diseases include joint pain and stiffness. As people grow older, the symptoms worsen and chronic pain can be lessened by painkillers.

What makes arthritis worse is that it’s a fairly common condition as well. According to the folks at CDC, 23% of all adults suffer from the condition, which equates to 54 million people. Arthritis doesn’t just cause chronic pain and muscle stiffness, but it also results in work disability. Annual costs for medical care and lost earnings for arthritis are up by $303.5 billion.

Once people get arthritis, it becomes harder for them to do the things they regularly use. The condition is something that directly affects the joints and muscles, so even simple tasks such as walking or bending over become challenging to do. As it’s incurable and only treatable, it’s something that affects patients for the rest of their lives.

The treatment for arthritis varies depending on the severity of the condition. However, it’s worth noting that the disease isn’t completely cured. Most of the medications and treatments for arthritis are made to lessen the symptoms and improve the quality of life for the patient. It’s really tough to live life with arthritis.

To make matters worse, more arthritis treatments center around the use of medications. For people at an old age, it’s not always advisable to have the body continuously take medications because of side effects. Most of the medications given to arthritis patients are painkillers to help numb the symptoms.

Arthritis gets worse over time and there’s really no telling the extent of discomfort it adds to people’s lives. We’re sure there are a ton of studies that are currently looking into the cure for the condition but for now, treatments can help greatly.

A more important question remains: how can people treat arthritis as naturally as possible?

Cannabis: a natural solution for arthritis?

Cannabis, most specifically, of the medical variant is being used to treat people with arthritis worldwide. It really matters that you consult with a doctor first as treatment of arthritis does vary from person to person. Finding one is as easy as searching for a medical marijuana doctor near me over the internet. What works for you might not work for others. Not surprisingly, there is still a lot of skepticism as to whether or not cannabis really works for treating arthritis.

The cannabis product must be of the medical variant because it really varies from the recreational kind. Recreational marijuana is consumed for recreational purposes, as the name suggests. It has high amounts of THC or tetrahydrocannabinol, so what you get from this variant of cannabis is the feeling of euphoria. In layman’s terms, a “high.”

On the other hand, you have medical cannabis. Instead of THC, medical cannabis is rich in another cannabis compound called cannabidiol or CBD. Unlike THC, CBD does not get you high. Instead, CBD gives you countless medical benefits, one of which includes relieving muscle inflammation and joint pain. As such, it has been regarded as a treatment for arthritis.

Surprisingly, a lot of Americans are already using CBD or medical marijuana as alternative medicine in treating arthritis and its symptoms. According to a survey by Gallup just last year, 14% of Americans have tried using this as a means to treat pain.

In a different survey, it was reported that 29% of respondents had already used the liquid or topical form of CBD to treat pain. Lastly, 80% had admitted to using the compound in the past. Those that have admitted to using it claim that they had a better physical function, sleep, and well-being too.

Currently, many pet owners are using CBD products for their pets that suffer from chronic pain or arthritis. Other than humans, dogs and other animals are also susceptible to this condition, which is harder to remedy on their end. CBD and medical cannabis serve as a natural way to help lessen the effects of the conditions on dogs.

There are many testimonies from pet owners claiming how much CBD and medical cannabis has improved the condition of their dogs suffering from chronic pain. It has been a lifesaver for many pet owners that can’t stand to see their beloved buddies suffering from body pain.

Despite the lack of studies, there are already many claims by personal users that CBD does help relieve the joint pain and swelling caused by arthritis. Moreover, it also helps that the compound helps people sleep better, so those who have issues sleeping because of joint pain can rest easy as well.

It’s not completely safe to say that CBD is safe to use but medical cannabis is already proven to be safe for consumption. As for CBD, many studies are looking into possible side effects from the compound, but so far, there are no serious concerns with regards to the moderate consumption of the product.

However, if you really want to be safe, you should consult with a medical marijuana doctor or your regular doctor before you consume cannabis or CBD. It’s a precautionary measure just in case some arthritis medications are not compatible with CBD or medical cannabis. As per the Arthritis Foundation, you should consult your doctor first if you are taking drugs such as prednisone, tofacitinib, naproxen, celecoxib, tramadol, and other arthritis meds.

Aside from arthritis patients, many professional athletes are also using medical cannabis and CBD. As per their testimonies, the products can relieve the muscle pain they get after an intense match or after rigorous training. Medical cannabis is mostly smoked. As for CBD, there are topical creams that have been proven effective when it comes to swelling and muscle inflammation.

As creams are available, it’s very easy to use CBD to treat muscle and joint pain. People don’t have to try smoking or vaping just to consume this compound anymore.

Perhaps the only downside to CBD and medical cannabis is that it can result in slight lightheadedness and drowsiness. Some people use CBD as a means to get better sleep, so others may not see it as a downside.

Other benefits of cannabis

Cannabis isn’t just a one-hit wonder too. Beyond its capacity to treat muscle swelling and inflammation, a lot of researchers have also looked into how it can treat other conditions as well. It’s because of these researchers that people are more open to the idea of using medical cannabis as alternative medicine.

For starters, the CBD in medical cannabis is said to calm people and help them cope with various mental conditions such as anxiety and depression. However, this aspect of medical cannabis is yet to be proven. Still, a lot of people firmly believe that it really does help them relax and stay calm.

The list is very long as to what cannabis treats. Some say that cannabis is also used to prevent heart diseases, cancer, and more. Of course, these are yet to be proven, for now. However, a lot of research is already well underway with regards to the benefits. This research is vital in not only securing the growth of the industry, it’s also vital for letting people trust cannabis more.

Cannabis is also being used to treat epilepsy. In 2018, the US FDA approved Epidiolex. It was a huge step for the cannabis industry as this was the first cannabis-based drug to be approved by the FDA. It is now a highly regarded means to treat people suffering from epileptic episodes too.

Epidiolex was the product of years worth of research into how cannabis can help reduce the symptoms of epilepsy. For it to become an FDA-approved drug meant a lot for the industry and it was one of the biggest steps cannabis made in recent memory. Now, people are hoping that more studies will look into what else CBD and medical cannabis can do.

Believe it or not, scientists and experts worldwide are also looking into how CBD and medical cannabis can be used to treat symptoms created by the Covid-19 virus. The idea is that the plant can help reduce the amount of swelling and inflammation within the lungs of Covid-19 patients.

Is medical cannabis and CBD legal?

All those benefits are enticing for anyone that wants to live a healthy life. Of course, you can’t simply go out and buy medical cannabis or CBD whenever you want to. It really depends on where you are because as of now, Canada remains to be the only G7 country that has legalized both forms of marijuana, including CBD.

Last 2018, Canada officially legalized both forms of marijuana. It was a great move for the cannabis industry in general as this was the first time that the industry was completely recognized in one of the top countries in the world. Both consumers and manufacturers benefitted from the bill that legalized marijuana.

In the US, the legality of both variants of cannabis tends to be confusing as each state has its own set of laws. There are only 15 states in the US that have legalized both forms of marijuana and this includes Washington D.C. On the other hand, there are 20 states wherein medical marijuana alone is legal.

CBD on the other hand has a more confusing fight with legality. Some states have specific laws regarding the compound but mostly, CBD is legal wherever medical marijuana is legal. In general, the THC content of both cannabis and CBD needs to be 0.3% for it to be considered legal in some states.

Professional athletes or just about anyone that goes through drug tests are often concerned about what medical cannabis and CBD do to their results. However, it’s worth noting that drug tests will detect THC and not CBD. As there are only trace amounts of THC in these products, it’s near impossible for them to test positive at a drug test.

Regardless of what the legality states in your area, you still need to be mindful of what you buy and use. It’s always better to consult with a doctor first as they are the ones who are completely knowledgeable about the legalities behind the cannabis industry. Moreover, some states will require a prescription before you are allowed to buy the products.

Arthritis is a painful ordeal to get through, but modern medicine has at least proven effective with regards to making the lives of those affected easier. If you are seeking an alternative medicine that is also natural, then you must give medical cannabis and CBD a shot if it’s legal where you are.

As there are no reported major drawbacks, it might actually be better for you to try these alternative medicines as it has already changed the lives of thousands worldwide.