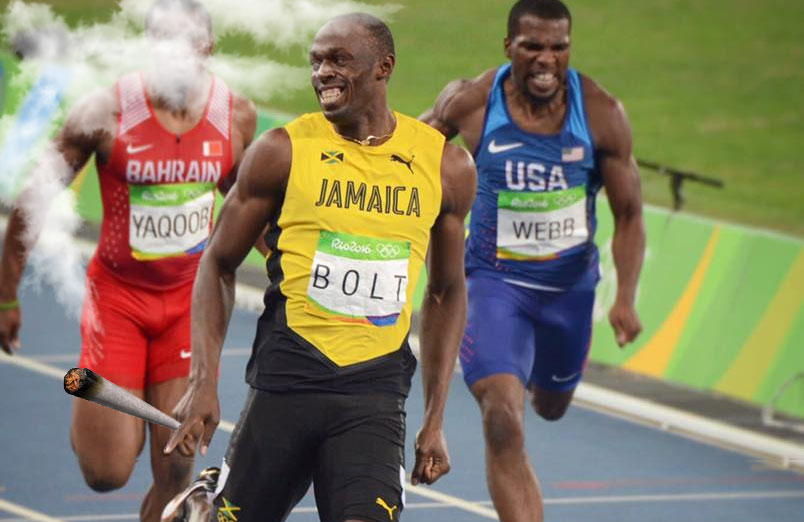 Proving just how much he can get done in 200m, Usain Bolt stopped to toke on a doob during the Rio 2016 men’s 200m finals without even losing his place ahead of the pack.

OK, maybe not. But the fastest man in the world – who (just like the fastest swimmer in the world) has smoked dope – has done it again, winning the 200m men’s finals and his eighth Olympic Gold, his second in Rio 2016.

The first athlete ever to win “triple double” (gold in 100m & 200m across three Olympics), the Jamaican’s sights are now set on the “triple triple” with the upcoming 4x100m relay tomorrow, Saturday August 20.

In 2009 Bolt talked weed with German newspaper Bild: “When you’re a child in Jamaica, you learn how to roll a joint,” he said.

“Everyone tried marijuana, including me, but I was really young.”

Though weed is no longer a part of the athlete’s lifestyle, perhaps it will soon be, with the Rio Olympics set to be his last.