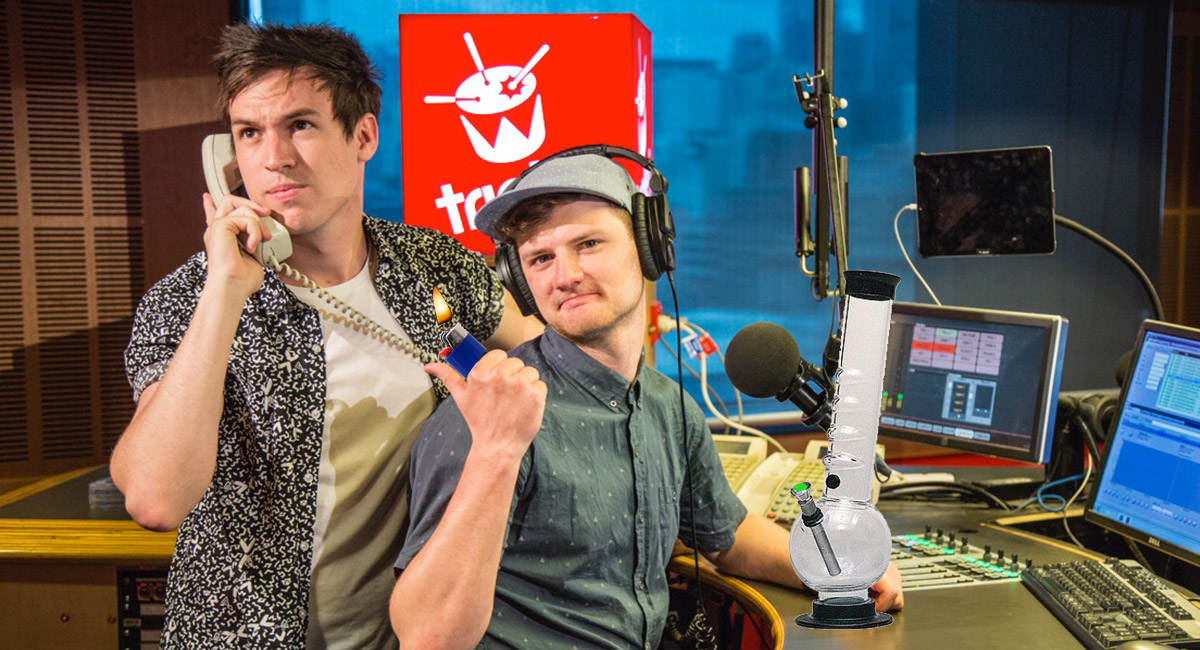 The triple j team has been labelled as drug-lovers during a slagging match with presenters from Triple M.

The duo responded in turn with their own skit, ragging on the sport- and meat pie-loving Zipper and Shitstick.

Ben and Liam conclude by saying: “There’s nothing about this station that says ‘drugs’ to me”… before putting on Dune Rats’ ‘Scott Green’.

Listen to the hilarious audio below.