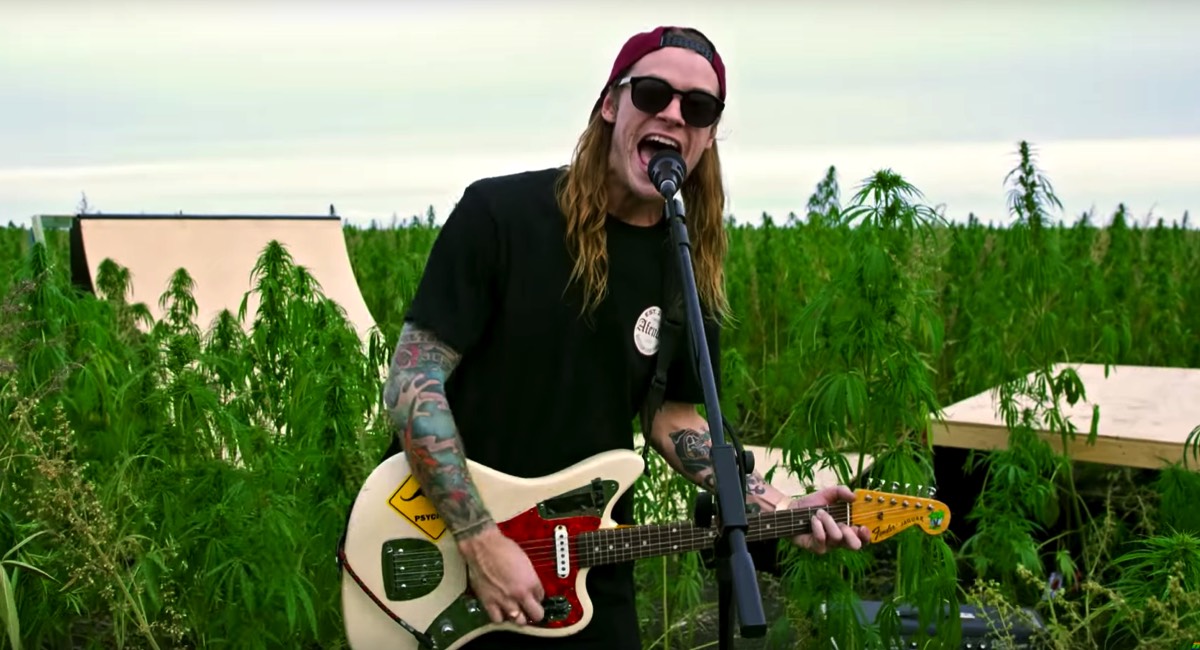 The ‘Fuck Yeah Ledge Yew’ tour kicks off this June

Fresh off the back of their sold-out national Oz tour and news that they’d been added to the Splendour lineup, Brissy bongrats Dune Rats have announced a regional tour.

The ‘Fuck Yeah Ledge Yew’ tour kicks off this June, and will see the Dunies hit regional tows across NSW, Vic, WA, Qld and Tas.

Coming along for the ride will be Perth legends Tired Lion and party-happy Rockhampton band Pandamic.

The Dunies also today dropped a new vid for ‘Braindead’, the latest single off ARIA Chart-topper The Kids Will Know It’s Bullshit.

“It was epic to head out to the middle of nowhere with the Afends crew and setup a ramp inside a massive weed field. Then just drank beers and had a sick arvo,” said the band. “Braindead started out in our mate Grudge’s shed on the south coast in Madnurah. We jammed it at a few rehearsals then at all the sound-checks on tour with FIDLAR in the USA.”