“We have to acknowledge the comprehensive failure of current policy”

With the reported rise of ice use in Australia, the media reportage on it, and the government crackdown, the topic of drug consumption rooms is back in the conversation. Arms speaks to drug expert and reform advocate Dr Alex Wodak about the rooms, and why he thinks they’re absolutely necessary.

Why do we need consumption rooms in Sydney?

Drug consumption rooms – or safe rooms – aren’t just needed in Sydney, they are needed all over Australia wherever there are large drug markets causing major problems in local communities.

Many of the people attending safe rooms have off-the-scale physical health, mental health and social isolation problems. Many are homeless, many are estranged from family and friends and haven’t been to any health or social agency for a long time.

Safe rooms represent a portal for health and social interventions. So safe rooms benefit people who use drugs and their families and their communities. They are not a solution to our drug problems; there is no solution. But they are part of the response intended to more effectively respond to illicit drugs.

There are concerns that consumption rooms encourage drug use, what are your thoughts on that?

After 30 years of safe rooms, there is no convincing evidence from anywhere in the world that they encourage drug use. Safe rooms may send the message that illicit drug use is so dangerous that it can only be conducted under supervision by healthcare workers.

You set up the first consumption room in Sydney, what was your experience with that? What sort of resistance did you meet?

I was part of a team of people who set up Australia’s first drug consumption room (DCR), the Tolerance Room, in the Wayside Chapel in Kings Cross in 1999. That year, 1,116 young Australians died from overdosing on heroin…

We faced relentless opposition: PM John Howard went on national television to criticise us. Reverend Ray Richmond and three people who used the Tolerance Room to inject drugs were charged. But magistrates threw all these charges out and wondered why these charges had been laid. 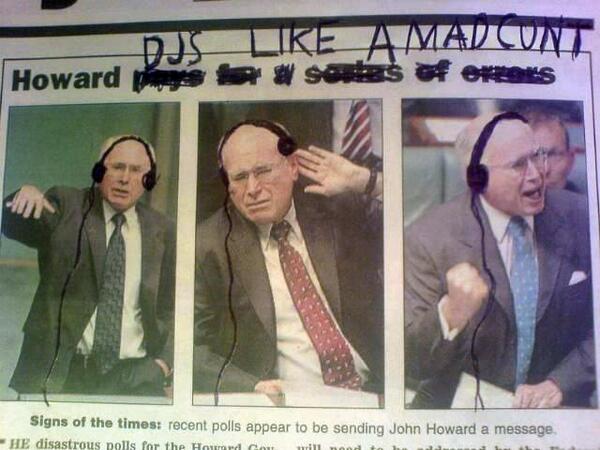 Howard may DJ like a mad cunt, but was super against safe rooms. Bob Carr speaks out against Howard’s attitude to them in this 2003 ABC interview

How does that resistance compare with what you’re experiencing today?

The first consumption rooms were not predominantly for heroin. They were for whatever drugs young Australians were then injecting. Yes, the current issue drug is ice – and as this is often vaporised and inhaled, DCRs have to now be able to accommodate people who do that. There are some challenges in doing that but these challenges are not hard to overcome.

What do you think needs to change most about Australia’s drug policy?

1. We have to acknowledge the comprehensive failure of current policy
2. Drug policy has to be redefined as primarily a health and social problem
3. We have to reduce the emphasis on the criminal justice system by reducing the severity of penalties and repealing those offences that we can
4. Drug treatment has to be expanded and improved to the level of any other health service
5. We need to regulate as much of the drug market as we can (and safe rooms are part of that)
6. We have to shrink severe poverty which drives the drug market.