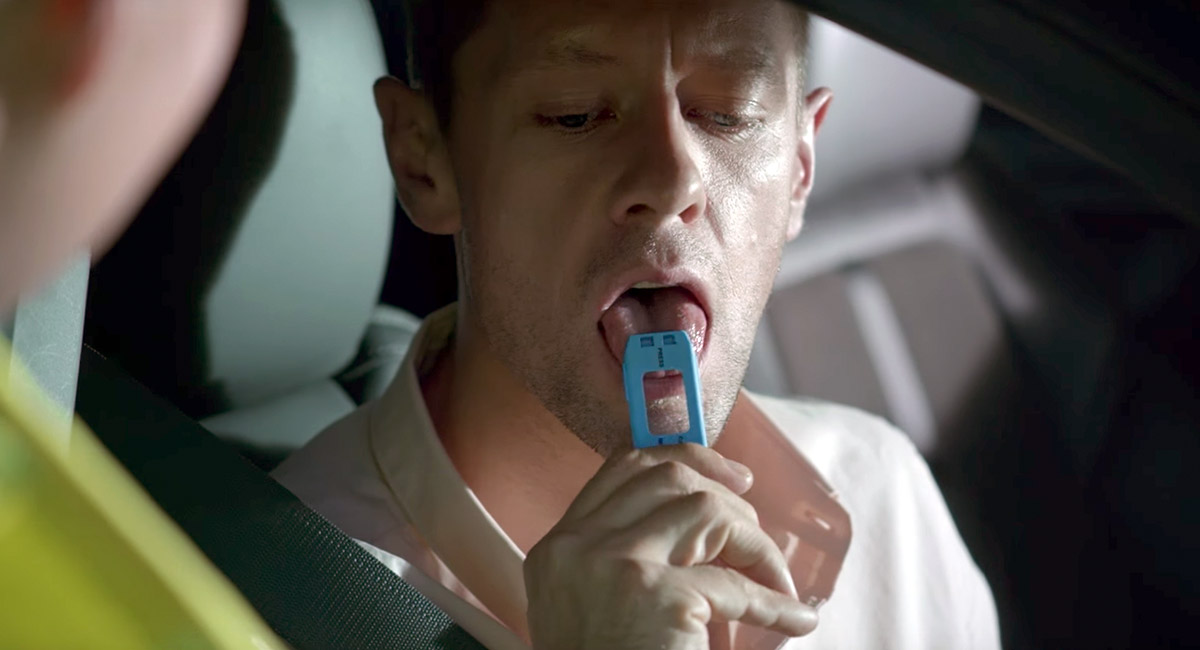 The last two years have been a mixed time of excitement and terror for the Australian pot smoker:

On the one hand, we’ve witnessed the birth of an Australian medical cannabis industry – a widespread acknowledgement among people that pot isn’t as evil as our parents once feared, and a national attitude towards drug dependency that is more about health and wellbeing than criminality and moral poverty.

On the other hand, we’ve witnessed scaremongering ad campaigns about the terrible “ice age” that is the methamphetamine “epidemic”, the Baird government’s fantastically unsuccessful “Stoner Sloth” campaign, and most notably, the terrifying rise of the now infamous roadside drug test (RDT).

I’ve written before about this bogus testing system, but I figured it was time to take another look at this issue and get into the nitty gritty of the ideas that underpin it and the reasons that so many Australians are outraged by it.

The biggest concern with RDTs from opponents on the ground is its vague and unjustified nature as a road safety mechanism. Roadside drug testing, as it stands, merely detects the presence of three major illicit drugs: cannabis, ecstasy and speed. What people seem to be worried about isn’t the fact that the testing is occurring, but the uncertainty surrounding the accuracy of the test in determining the impairment of a driver and the harsh consequences for those caught with the presence of one or more of these drugs in their system.

The tests have been labelled all across the country as inaccurate and unfair, especially among cannabis users (considering that there are no current measures yet for an impairing level of cannabis). The nature of the test at present looks more like morality policing than roadside safety. Greens senator David Shoebridge has spoken out against RDTs a number of times, describing the program as “a zero-tolerance drugs campaign dressed up as a road-safety campaign”.

What does it mean to test positive?

Cops are saying you have a 12-hour window for testing positive after smoking or vaping pot, but all across the country reports are coming out that grossly contradict this information. The Sydney Morning Herald ran an article about a Bega man who tested positive to a RDT four days after smoking cannabis.

Part of the problem is that regular, long-term usage impacts the amount of THC that will appear in the test. The very occasional smoker might be able to smoke a joint and have a completely clean system after 12 hours, but if you smoke up to four times a week, the amount of time needed to test negative is ramped up immensely, up to 30 hours. However, there are even cases claiming longer risk periods than this – one man even being acquitted in NSW last year after claiming he hadn’t smoked for nine days prior to being tested.

Whether these claims are legitimate or not is another story, but there’s something serious to consider here: that Australian governments have recently approved medical cannabis for use by patients in Australia. Now, when you consider the fact that medicines, especially those used for chronic illnesses, are often consumed daily, the practice of roadside drug testing with this particular unit is increasingly problematic as daily usage is likely to increase the amount of time needed before testing negative. This is effectively disqualifying any medical cannabis user from driving, or forces them into a situation where they risk their licence and a huge fine every time they do drive a car (not to mention the potential criminal record for DUID).

How dangerous is it to drive under the influence of cannabis?

I’ve been doing some sleuthing through the world wide webs, and I’m struggling to find any solid data on the link between cannabis specifically and road fatalities. There are figures pertaining to road fatalities and “illegal drugs” as an umbrella term (referring to the three drugs RDTs test for: cannabis, ecstasy and speed), and references to instances where cannabis was one of a number of substances involved (including alcohol), but there is a shortage of information relating to cannabis and driver impairment.

The first thing that pops up in a Google search is a Drug Driving Fact Sheet published by the NSW government in 2014 that uses data from between 2010 and 2013. The fact sheet states that road fatalities where an illegal drug was present made up 13% of the road toll, compared to 17% for illegal alcohol, 17% for fatigue, and 41% for excessive or inappropriate speed. Illegal drug driving, as the government puts it, therefore makes up a smaller percentage of the road toll than the other factors, and that’s the three major drugs tested for combined. There is no mention in this document of proportional distribution of the three drugs in the “illegal drugs” category. So it’s hard to say from this information how dangerous it is to drive under the influence of cannabis.

Another source of information that seemed promising in illuminating the truth about this issue is a report released by the Curtin-Monash Accident Research Centre, also in 2014. This 73-page report goes into much more detail about the relationship between illicit drugs and road fatalities in Western Australia, drawing from data from police roadside data and self-report questionnaires. This study has shown that cannabis, more specifically THC, is the most prevalent illicit drug present in road fatalities. However, this shouldn’t be surprising considering it is the most popular illicit drug in Australia with an estimate 10.3% of the population using it at the time of the report. Furthermore, as the report acknowledges: “Presence of many illicit drugs in bodily fluids does not necessarily imply that the driver was impaired at the time of a fatal crash. This is particularly the case for metabolites of cannabis, which remain in the blood for many hours/days after inhalation or ingestion.”

So it’s still unclear how much of a threat cannabis is to road safety. The frequency of the presence of cannabis found in drivers of fatal crashes suggests a relationship between cannabis and impaired driving. However, how significant that is relative to other factors such as speeding, alcohol and fatigue is unclear. It should be stressed once more that these figures merely reveal instances where there was the presence of cannabis, which can remain detectable for several days in some cases, and do not advance a case for determining a measurement for THC levels and driver impairment.

After delving into this issue, one starts to notice a conflicted and contradictory narrative. Governments across Australia are acknowledging the therapeutic value of cannabis on one hand, and simultaneously increasing the rate of RDTs on the other hand. This is concerning in itself, but more so when considering the harsh, zero-tolerance punishments for those convicted of driving under the influence of drugs, especially when the test themselves do not test for the impairment of the driver. As a cannabis user and a driver on Australian roads, I believe these factors coalesce to reveal a system that looks more like virtue policing than road safety.

We hope, for the sake of medical cannabis patients and recreational users alike, that the various governments around Australia will review this broken system and make the necessary changes to ensure that we need not drive in fear any more.