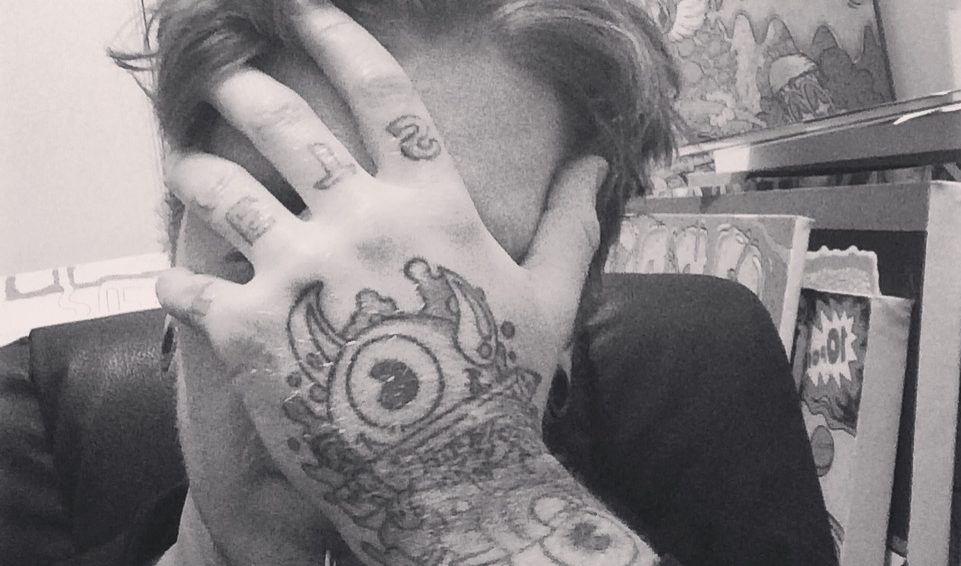 Aussie artist TROG is a bit of an icon in the weed art scene. He’s been active for over two decades and is known for his acclaimed underground stoner comix and his Wasted canvas collection.

MORE: A chat with slap artist Blaze from Blazed Australia

TROG has drawn art for a variety of big names and 420 events including Cheech & Chong, The Bennies, The Offspring and much more, and we wanted to get a bit of an idea of what “420 art” means to the man himself. 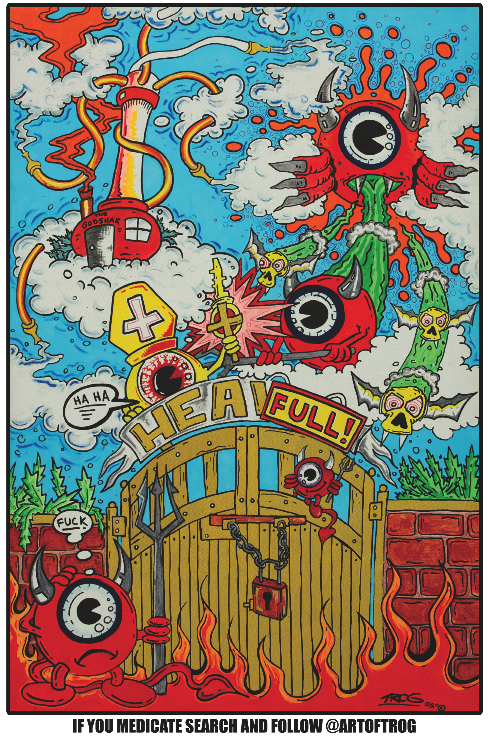 You started working under the TROG moniker in 1994? What drew you to start doing “420 art”?

I was just sitting on the couch smoking weed when I started what later became my career… so at the time i wasn’t actually trying to do 420 artwork, I didnt even know the word “420” in those years, I was just stoned and drawing. So I just did that whole “stoner artwork” thing and got hooked – it was only ever a dream back then, but that dream ended up happening.

You’ve had a career that’s seen you create artwork for countless 420 brands, events and personalities (and yourself!). You been labelled as a “420 artist” – how do you define 420 art? or is it defined by your fans and clientele?

I never really said I was a 420 artist, I kind of got labelled one by a few magazines and it just kinda stuck. I remember Sativa mag out of Seattle did a 420 artists issue and put my artwork on the cover and a full feature interview, that was the real first time someone labelled me a 420 artist. I like it, it’s cool. I only work for cannabis events or bands who support cannabis law reform, so it makes sense.

Do you have one particular design or theme that you consider a favourite?

My fave piece of my artworks would be Heaven’s Full, or the first piece I ever did for Tommy Chong – that was like, “Holy shit, I just drew a poster that Tommy Chong is signing.” Now that’s cool!!!

I’ve had quite a few custom bongs made for me over my career, however my all time fave one was a big “Goat Glassware” straight, super heavy, super thick glass with “TROG” carved into it and “chop chop” on the back. It’s sitting out at a friends house in Malibu California. It’s been used, so kinda means it can’t make it back to Australia now! 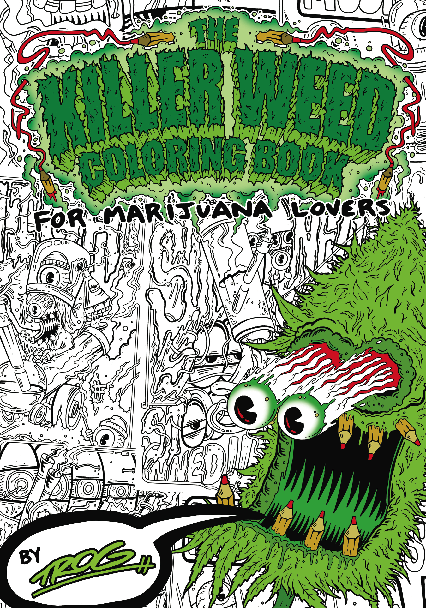 A preview of The Killer Weed Coloring Book. NB: Cover is a working title and the publisher is liable to change

You’ve done some great works in the past including T-shirts sported by Snoop Dogg, and (a favourite in the Dopamine office) a bunch of artwork for The Bennies. Do you have anything new in the works you can share?

The only thing i could really mention in The Killer Weed Coloring Book, which drops April 20 2017 and is published by published by North Light Books / F+W Media. It’s my first colouring book to hit the worldwide market, it’s gonna get some attention! If I shared or mentioned any other new stuff I’ve got going on, my agent would kill me! Lips are sealed, but you already know we got serious shit gonna drop!!!!