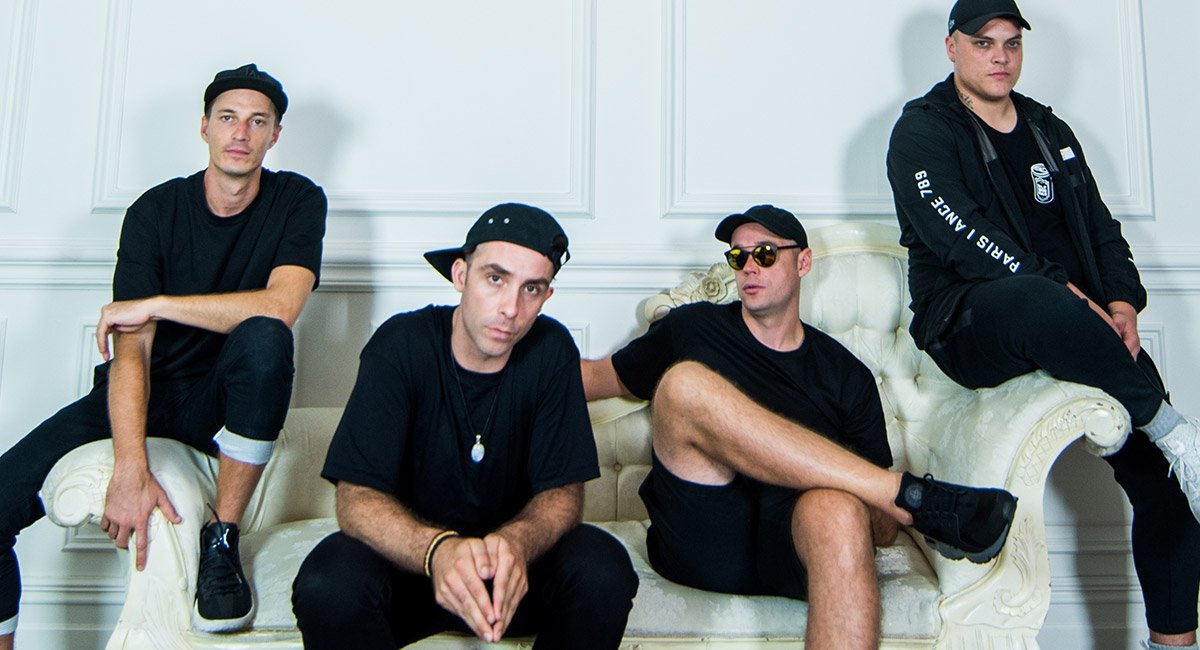 Local hip hop group Thundamentals have been absolutely killing it this year, with their latest effort Everyone We Know debuting at #2 on the ARIA Charts.

Dopamine catches up with DJ Morgs to hear a bit more about their year and the massive tour kicking off next month.

‘Sally’ is a banger of a tune – What’s the story behind the clip and song?

This song – unlike almost all of the others on the record – was started by Tuka at his house. He had wanted to do some Snapchat live beat/song creation for his fans, and it turned out that it was a really cool concept. He brought the files he had started building the song with to my studio and I replaced them and started going in on the production with Poncho as the boys finished the writing.

The song kind of speaks for itself in terms on story or concept: A girl who is beautiful but can’t dance. Plus we had already worked with Bryn (the director of the clip) before, and sent him the song. He came up with the concept for the clip, which seemed perfectly in line with what we had wanted.

Your new album stormed the charts and got rave reviews. Do you have any favourite tracks?

For me, the opening track ‘Everyone We Know’ and ’21 grams’ are two stand outs.

We really wanted to start the album off differently to any other album, both by us or anyone from the scene. So on that first track we spent a lot of time trying to create the perfect opening for the listeners. Also, getting to work with heavyweights Hilltop Hoods on ’21 grams’ was dope, they have become good friends and it was of course a pleasure to work with them.

The Everyone We Know Tour kicks off in June and will be your biggest yet – what are some rooms you’re keen to play?

Super excited about performing at the Forum in Melbourne, it’s one of the best venues in the country and we have always had great shows in Melbourne. I’m sure that one will be special night for everyone.

We hear Thundamentals like to basketball. Ever played against a fan?

I play basketball almost everyday I’m at home, and in competition as well. Definitely a few times when I have been playing 3-on-3 or something at the local spot someone has approached me about the music afterwards. It’s pretty cool really… I never really expect that. It’s also cool already having built a common ground/friendship through ball.

What’s next for Thundamentals? Can fans be expecting any new releases this year?

We are already working on new music, we are all always working on music, so we may do some drops later in the year as they come to light, who knows!… Also, goddamn, we only just released this album. Give us a break!