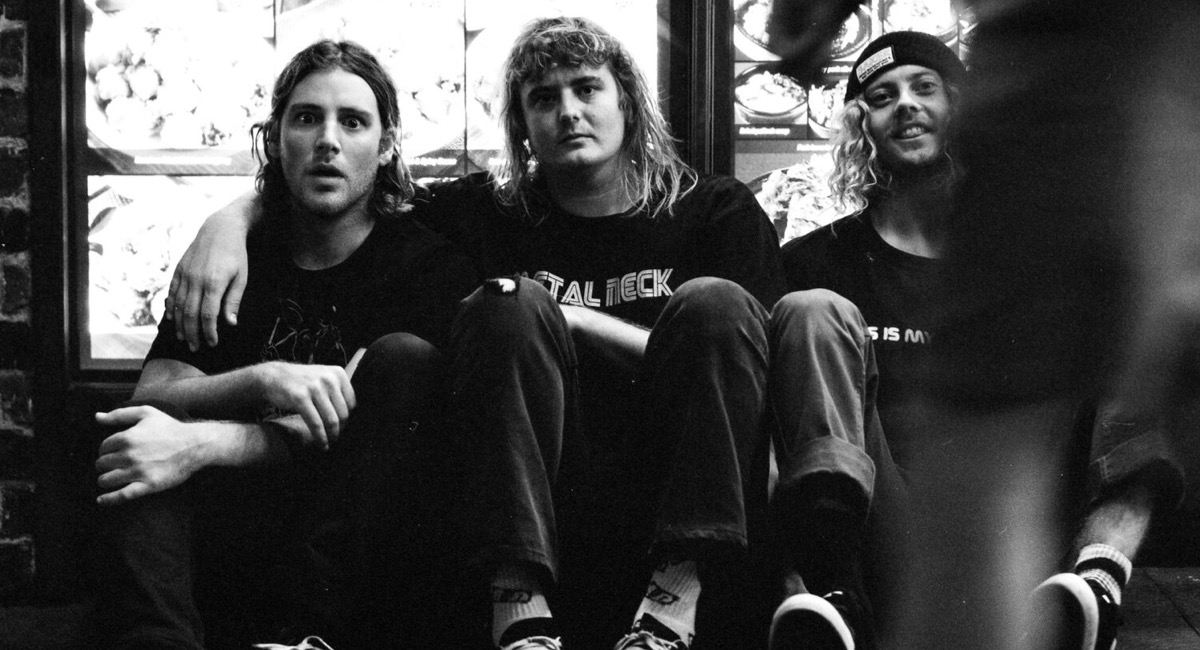 Byron rockers Skegss have announced they’re taking their latest EP Holiday Food on the road to regional Australia this summer.

The tour – entitled the No Future tour – comes fresh off the back of the Holiday Food tour, which saw the trio sell out shows in all major cities in Australia as well as the highly successful Spaghetti Fest.

Now the boys are back and will be hitting 15 regional stops with special guests Crocodylus and Totty.

Skegss – known for such tracks as ‘L.S.D’ and ‘Spring Has Sprung’ – have built a reputation for their killer energetic live show. Plus, their recent single ‘Got On My Skateboard’ had a video featuring none other than Gocsy (AKA comedian Aaron Gocs).

For a glimpse into life on the road with Skeggs, you can watch their home video footage from the UK, Euro and Aus tours below.
Tickets are on sale now, get them here.