The motion to legalise recreational cannabis introduced to the Victorian Upper House by old mate Fiona Patten was today met with a resounding “no” from Labor, the Libs, Nats, DLP, Shooters & Fishers and Vote 1 Local Jobs (wait, who are they again?).

“Only the Greens voted in favour of my motion to legalise cannabis for personal use,” wrote Patten – leader of the Australian Sex Party. The motion was met with 6 “yes”s and 32 “no”s. 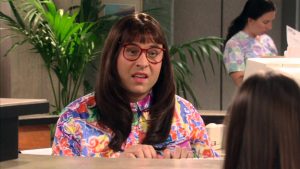 Though we probably couldn’t have expected any more from Victoria’s pollies, it’s nice to know that the cannabis movement has a voice in Patten, and has still made significant progress in the last 12 months.

“This is the start of a long political journey for me,” Patten continued. “Cannabis should be legalised for personal use like so many other jurisdictions are moving towards around the world. It’s time Victoria caught up.

“This was just the beginning of a fight I will not give up on.”