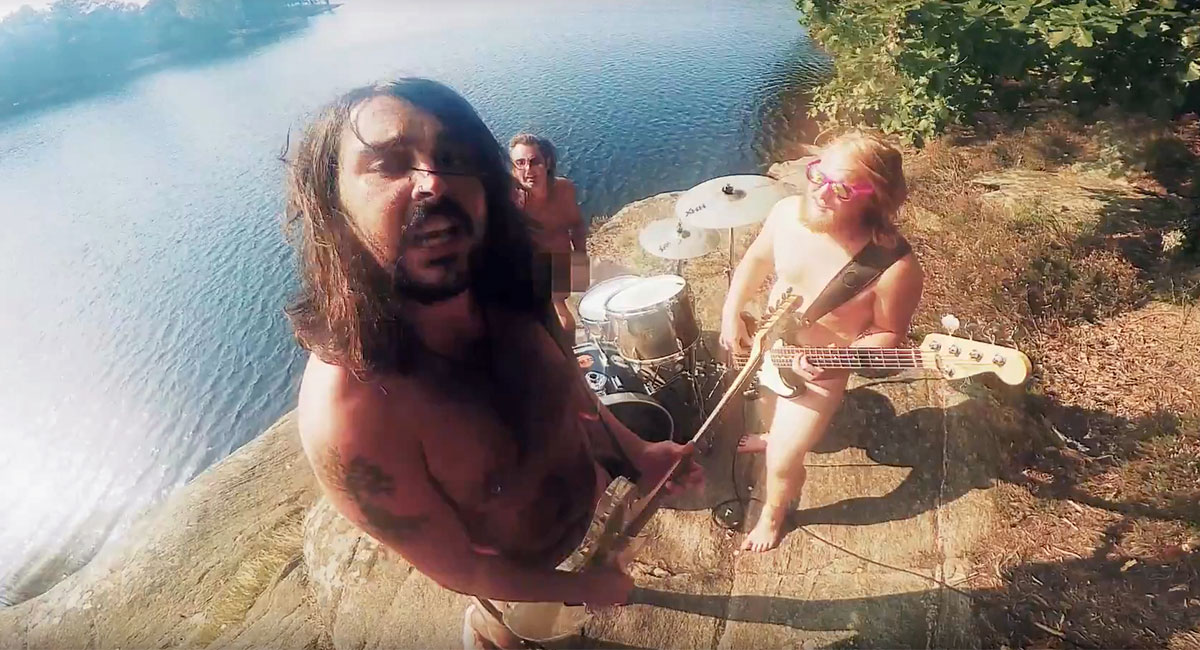 The vid features a progressive sonic, some Rage-esque visuals, a bit of casual nudity

Dopamine is stoked to be premiering the newest track and vid from Melbourne rockers Grasshole: ‘Van Inhalin’.

The single is cut from the band’s upcoming album Fuzz Of Flavour, and the clip features some Rage-esque visuals and a bit of casual nudity to boot.

Fuzz Of Flavour was produced, mixed and mastered by Angus Davidson (Crowded House, INXS, Tori Amos, KISS, Rodriguez and Brian Setzer to name a humble few.) Pedro Ferreira (The Darkness, Joe Strummer of The Clash and Ray Manzarek of The Doors) also took on mixing and bass production duties.

Grasshole debuted in 2013 with a self-titled EP. They have since gained a strong following and developed a reputation for high-octane live shows.

2016 saw them embark on their first international tour, playing shows across Spain and Sweden, including several festivals.

The band this week kicks off a national tour, and you can check the dates below. 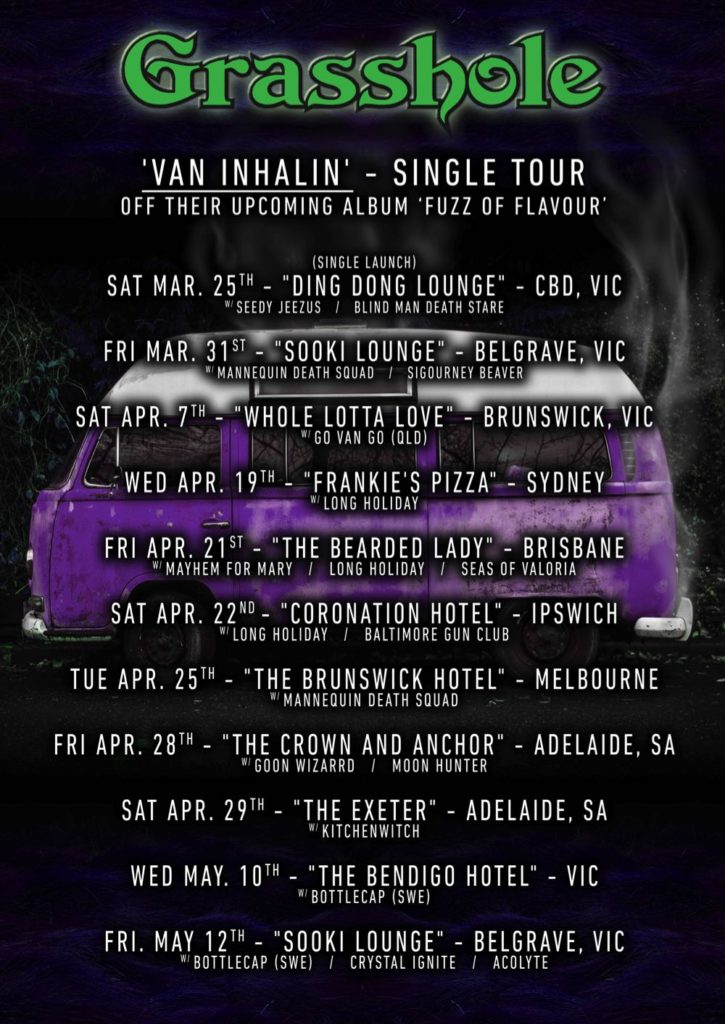