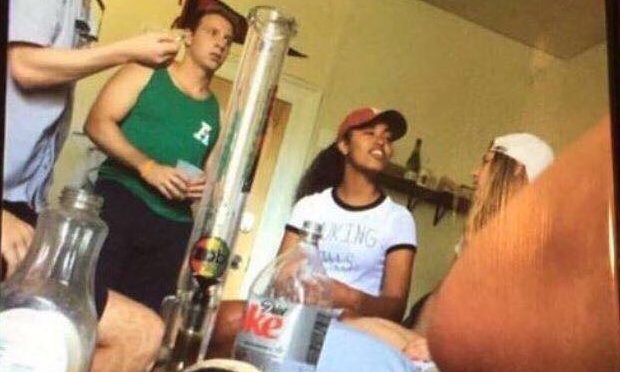 The media has again blown up (yes, us included) over the idea of 18-year-old Malia Obama smoking pot.

After she was snapped smoking a doob at Lollapalooza at the start of August, a photo has now surfaced of the president’s daughter at a frat house next to a bong (you know, doing normal 18-year-old stuff).

The image was (same as last time) surfaced by TMZ tryhards Radar Online, which ran a beat up with “photoshop expert” Alan Barry, who validated the pic as “not fake”.

Thankfully, the story didn’t receive nearly as much negative or ‘controversial’ press as the Lollapalooza one.

As far as team Dopamine is concerned, this just goes to show how common smoking weed is, and how sad it is that someone famous doing so is still often “newsworthy”.

Malia is set to attend the prestigious Harvard University next year, graduating in 2021.

President Obama himself admitted to have smoked in a 2007 interview saying: “When I was a kid I inhaled, frequently. That was the point.” He’s also totally against the war on drugs and is a big fan of decriminalising the good stuff.