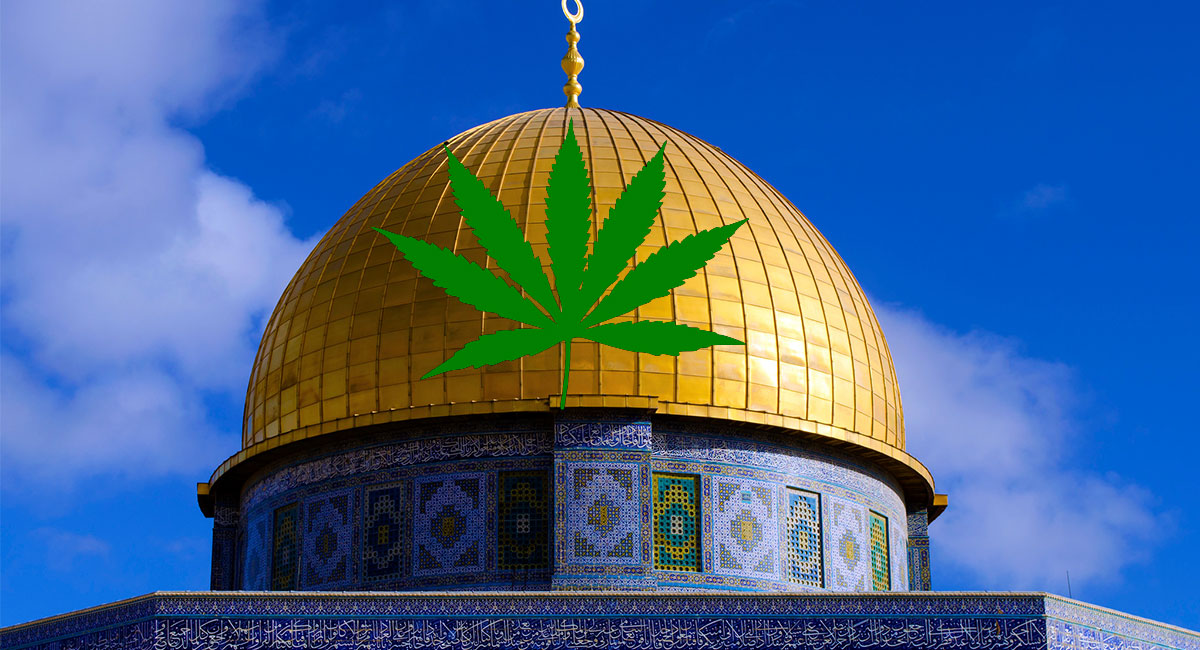 It’s likely that stoner comedy was invented by Muslim cultures

Following the recent arrest of a Muslim convert (and stoner) on terror charges, the role of cannabis in Islam is again up for discussion. The FBI of course confidently claimed in court that “smoking is forbidden under Islamic law and custom”.

But is that really the case? Is cannabis “haram” for Muslims?

A look at the Koran would show that there is no clear directive against the use of cannabis or hashish, unlike alcohol. The Arabic term شرب الخمر or Khamr, which loosely translates to “intoxicants”, has usually been used to refer to alcohol, especially since the times of the prophet Muhammad from about AD 609. The Arabic verb تخمر also refers to fermentation, suggesting something that is processed like alcohol.

With cannabis plants flourishing naturally, it does not need to be bought or sold as it can be grown so easily. Islamic law also allows the use of drugs for medicinal reasons. Islamic scholars in the centuries after the Koran was written knew this as they had been busy poring over the texts of the Ancient Greeks and Romans.

Soon enough, cannabis or hash would take a central role in Muslim cultures despite also never being officially sanctioned. It would be smoked by many an Ottoman sultan and their artists and artisans. It would find a home across vast parts of the Islamic empires stretching from Northern Africa to India.

With the Islamic tradition, unlike Christianity, banning the depiction of prophets or Gods within its houses of worship, artists in the Islamic world also had to use great powers of imagination to depict transcendence. A walk through Istanbul’s Topkapi Palace, where the sultans were based, reveals many a floral symbol that a cannabis toker would dream of, and the same goes for many a mosque.

The Sufi strain of Islam, much like the Rastafarians of Jamaica, also used hash to help reach transcendence through singing and dancing.

It’s even likely that stoner comedy was largely invented by Muslim cultures. Hash makes plenty of appearances in Islamic folk stories stretching from 1001 Arabian Nights – where hash is referred to as that “hilarious herb” – to the wise Turkish comedic sage Nasrettin Hoca. In one story he tries hashish before visiting a Turkish bath and then leaves stark naked without his towel because he is too high to remember it. It’s like many a modern stoner who has misplaced their keys.

Another Turkish folk tale involves a hash house on fire in which some of the smokers remain inside to have their weed lit before escaping to prove that smoking hash is in their nature and not just a vice.

And before there was Cheech and Chong or The Mighty Boosh, there was Karagoz and Hacivat, a comedy duo puppet show that appealed to the working class of the Ottoman world. One of the recurring characters along with the wise hustler and urbane idiot was – you guessed it – a stoner.

The tough prohibitions in the Muslim world against cannabis are largely a recent development from the outside. They were spurred on first by the colonial conquest of Egypt by Napoleon and then the war on drugs, which the supposedly enlightened United States dragged the rest of the world into in the early 20th century under the threat of loss of trade.

Despite those tough laws, visit a Muslim country today and although you may not be able to source alcohol easily, you will be able to find hash or cannabis without too much trouble. It’s hard sometimes to lose our traditions even if we have to be a little quiet about it now.

Serkan Ozturk is founder of gonzo media agency PR 4 THE PPL and publisher of True Crime News Weekly. He has had his work published by RT News, The Sydney Morning Herald, Crikey and Australian Doctor. Find an extended version of this article here.