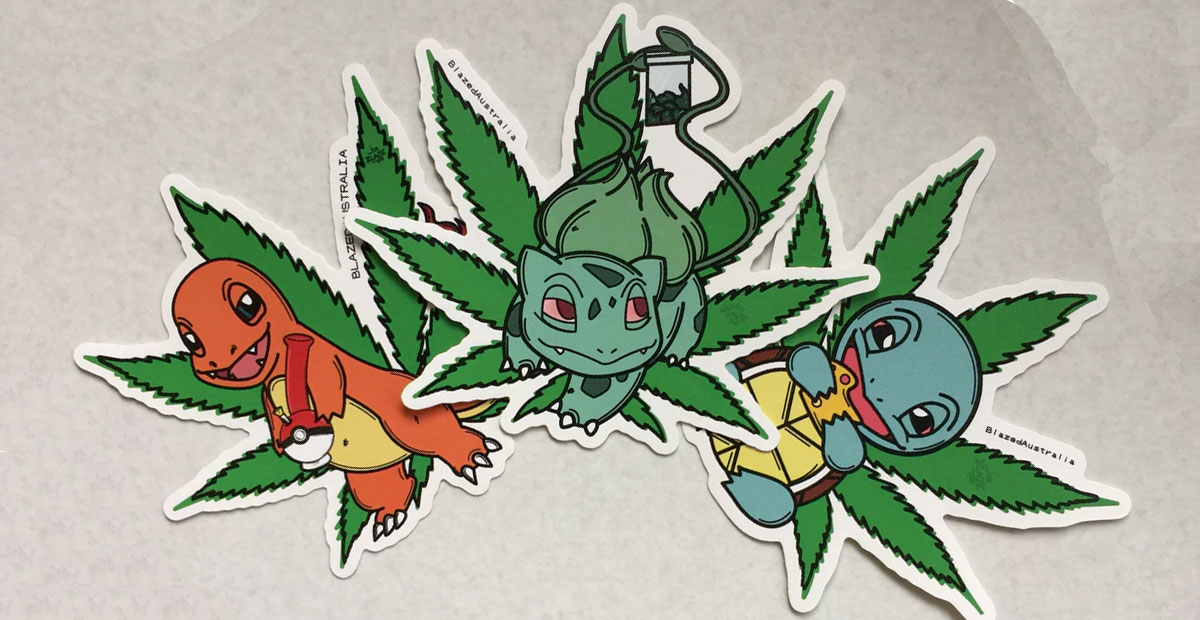 Aussie artist Blaze has been making waves with his bloody cool art and smoking accessories, notably his bong slaps, but also his smoking mats, bong mats, pins, stickers clothes, and even baggies.

We talk to him about some of the stuff he’s been doing and what might be in the works for next year.

How long have you been doing Blazed Australia? What drew you to start it

I have been doing this for just over a year now and what drew me to start doing it was really the passion to draw cartoon characters while being blazed and wondering what it would be like if they got blazed also.

How long have you been drawing toons for?

Since Mr Squiggle was on TV. And all through school my teachers hated the fact I drew in every book.

Do you have one particular design or theme that has been super popular?

Dab Boy and Dab Pool would have to be up there with some of the earlier designs.

That is the most toughest question to answer… Let me smoke up and think about it and get back to you on that.

Trog – mad artist, and favourite piece Heaven Is Full.
H.R. Giger if you like some darker stuff.
The Crow comic/graphic novel by James O Barr.

Other than your renowned slaps, you have some other cool products including a baggie and custom t-shirts. Do you have anything new in the works?

More pins are in the works and some new slaps but you’ll have to stay tooned to the New Year and see what it brings.