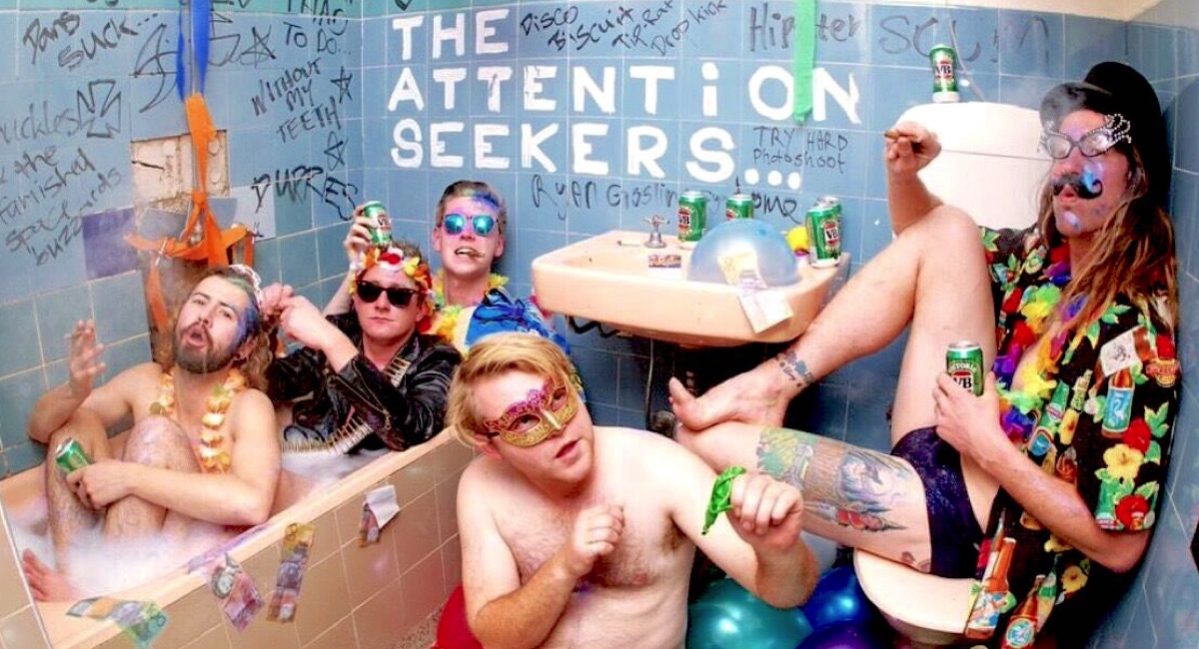 Dopamine speaks with upcoming Melbourne ‘grunge pop’ outfit The Attention Seekers. The group dropped their debut EP at the end of May, and are currently touring around. Full dates below.

You guys just dropped your new single “Disco Biscuit Tip-Rat Dropkick” – is this song about someone you know?

Tom: About two people I know actually… But I spliced them together so if one ever got suspicious or upset that it’s about them, I can palm it off on the other one.

Can you explain the name of the song?

Tom: Remember the great drive safe ads? “If you drink and drive… you’re a bloody idiot” with that super Aussie deep voice. Well it was supposed to be like that, but for 2017.

“If you smoke so much meth that ya try and off yourself and have to move back in with your folks… you’re a disco biscuit tip-rat dropkick.”

I am waiting for someone from the government to hit me up to use it in a campaign.

You legends made a bong out of a Yakult bottle and it’s in your video clip – do you think it’s the first functional one to hit the Internet?

Brett: Quite possibly – I haven’t seen any others out there. But I’m sure there are some other like-minded souls ripping a Yakult on the other side of the world as we speak.

How is it that even possible and how does it pull?

Brett: She doesn’t pull too bad and she packs a little punch! Great when you’re on the run and time is of the essence.

Would you prefer Yakult bongs over a disco biscuit?

Brett: That’s a tough one but I’m going to have to go with the trusty Yakult bong. She never lets me down. 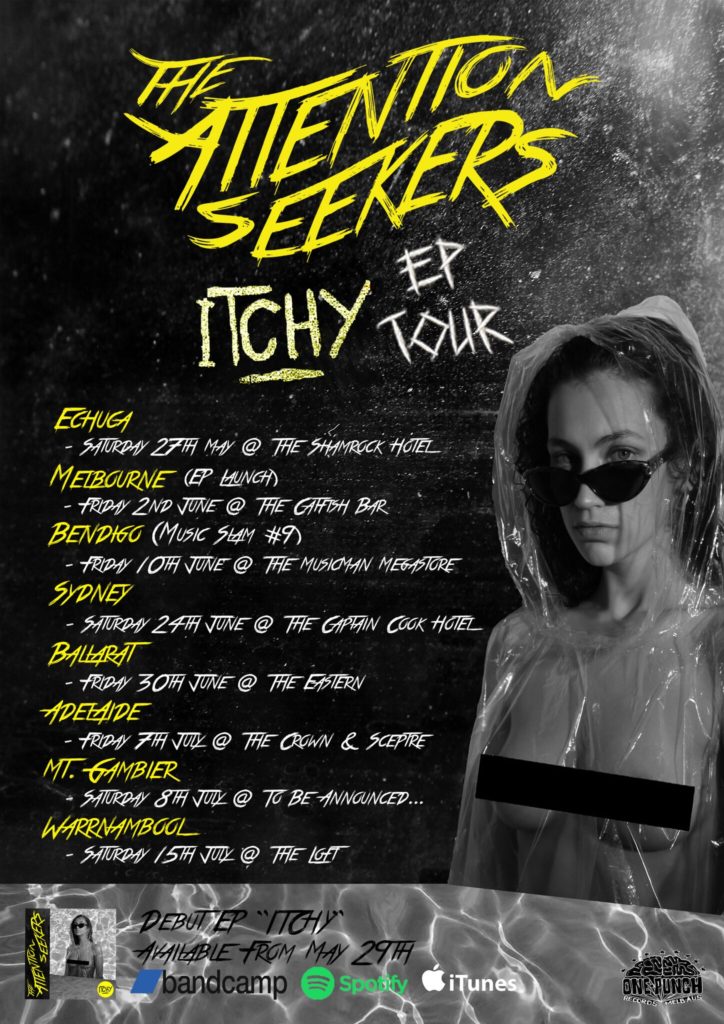