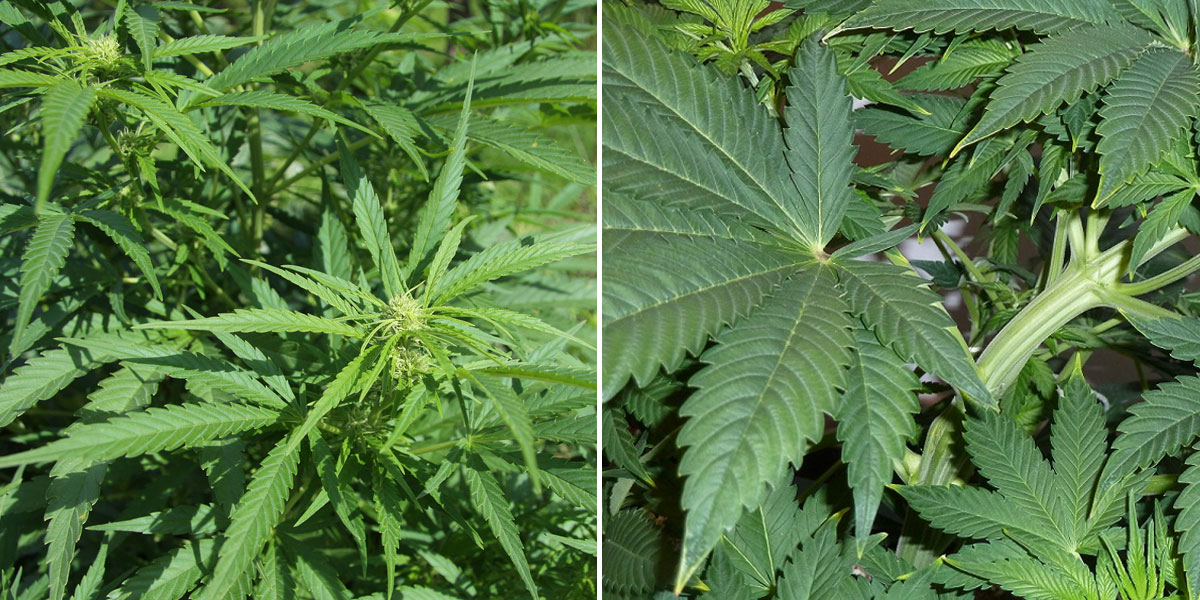 You’ve almost certainly heard the terms “sativa” and “indica” to describe dope. If you haven’t, you’ve probably been living under a rock (or in an incredibly isolated bong den) in which case I welcome you back to the world of new information. Either way, the distinction matters when coming to choosing your weed.

Unfortunately here in Australia, with weed being illegal and grown by criminal networks that use a profit over quality model, we don’t get much choice in what we smoke (unless you have the sweet hookups, in which case, good for you… help a brother out?).

“The easiest way to distinguish between sativa and indica is appearance”

However, as we move towards a more sensible cannabis policy, this will become more important so best get yourself educated early so you can know what’s up before the rest of the chumps.

Although there is some debate among experts about how many species exist – it’s a toss-up between one, two and three – today it’s generally accepted that there are two major species: cannabis sativa and cannabis indica.

Scientists of olden days only knew about cannabis sativa, identified in 1753 by Swedish botanist Carl Linnaeus. Back then there were two subgroups of cannabis: cannabis sativa, the psychoactive marijuana, and cannabis sativa L, which we know as hemp. It was 32 years later that another botanist, Jean-Baptiste Lamarck, discovered a second species from India, which had different characteristics to cannabis sativa. He named this species cannabis indica, giving us the two species we know today.

The easiest way to distinguish between sativa and indica is appearance.

Sativa plants are the lanky folk of weed plants. They grow tall and thin, are loosely branched, have long thin leaves and are generally light green in colour. 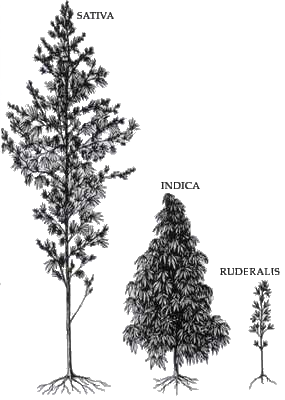 Indicas, on the other hand, are the chodes of the weed world. They are shorter, more densely branched, have fatter leaves and are generally dark green in colour.

However, it’s not just in appearance that these two species differ. They produce different effects too.

The main distinction seems to be the relative mind/body experience they produce. It’s really hard to properly pinpoint the effects of the different species as everybody experiences them in their own way, but from user reports we have a loose guide.

Sativa strains are known for producing a “head high” that is more mental than it is physical. People who use sativa report feelings of well-being and ease, mental stimulation, creative and uplifting thoughts. As such, sativa strains are understood to provide a more active high – you can smoke in the morning and still go about your day somewhat uninterrupted.

Indica strains, on the other hand, are known for producing a solid body high. They are great for alleviating symptoms like nausea, insomnia, headaches and muscle pains. In contrast to the active high of sativa, indica strains will drop you on your ass, causing the equally loved and feared couchlock. It is recommended that you smoke your indicas in the evening because, if you hit this shit in the morning, you probably won’t be able to move by afternoon.