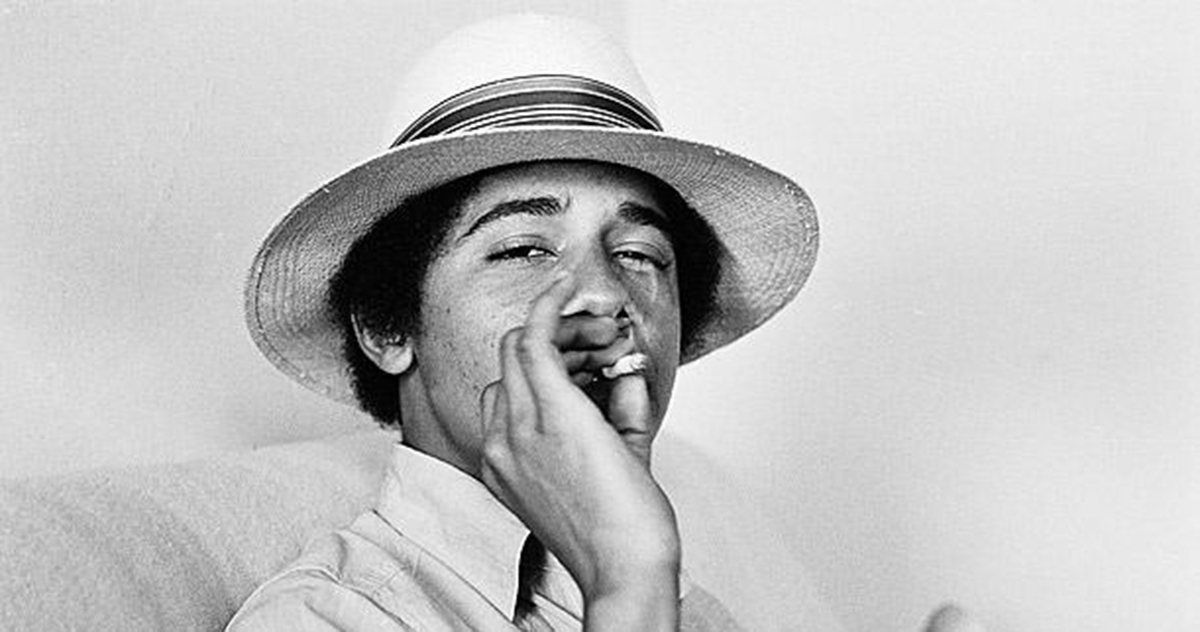 This week, Sex Party leader Fiona Patten wrote an op-ed published by Fairfax in which she talked about the need for more MPs to acknowledge their use of cannabis recreationally. She wrote:

“I think I am the only member of parliament in Australia to acknowledge my recreational use of cannabis. In fact, I have enjoyed the many blessings that cannabis can bestow for a lot of my adult life and have not lost my mind or become a serial killer.”

Though Patten may be the only MP to admit enjoying a toke, it’s still becoming increasingly common for pollies to acknowledge they’ve at least tried it. With the Oz and US (*shudder*) election seasons in full swing, we thought we’d have a look at some of the best-known examples.

Barack’s the man. He was completely open when asked about his admissions of smoking weed and taking cocaine in his autobiography during his debut election campaign. In a 2007 interview he also said: “When I was a kid I inhaled, frequently. That was the point.” He’s also totally against the war on drugs and is a big fan of decriminalising the good stuff.

Billy went to Oxford University in England, and said while he “experimented with marijuana a time or two” there, he didn’t like it and said that he never actually inhaled. Although we know from his college roommate, Christopher Hitchens, that he had a good relationship with edibles. So he may not have inhaled, but Clinton still got high. He later said in a 2013 with Fusion TV’s Jorge Ramos, “I never denied that I used marijuana.”

We may not love them so much, but they’re so hypocritical it’s brilliant. George admitted to smoking weed when he was much younger, but he hasn’t gone into any more detail since. I mean he is the guy who shut down the medical marijuana program in the 2000s. He’s also very conservative and when asked about the lack of space in prison for drug users he replied “We’ll make room”. Jeb on the other hand openly admitted it this year. When asked by Paul Ryan, another Republican candidate, he said “So 40 years ago I smoked marijuana, and I admit it.”Apparently he still didn’t want his mum finding out, and later tweeted this:

Recently former Mayor of London, Boris, has admitted to smoking weed too. Though he is not one who openly supports it. He also tries to distance himself further from bud by describing the stuff that he smoked decades ago not to be the “same as what the kids are having now. I think skunk and this stuff is very, very dangerous.” Even though marijuana was downgraded to a class C drug in 2004, Boris thinks it should be reclassified as a class B drug, with higher punishments for users and suppliers. Thank the holy weed God that he’s not the mayor any more.

ALSO: Weed potency, then and now

Last, but certainly not least. Our very own PM has admitted to smoking weed on ABC’s Q&A. When host  Tony Jones began explaining a question, saying: “virtually every leader gets asked this question sooner and later…” and before he even gets to the question, Turnbull promptly replies: “yes! yes! yes!”. Jones (looking surprised) asks: “Yes?”. “Yes I’ve smoked pot” confidently exclaims Turnbull with a big-fat grin on his face. 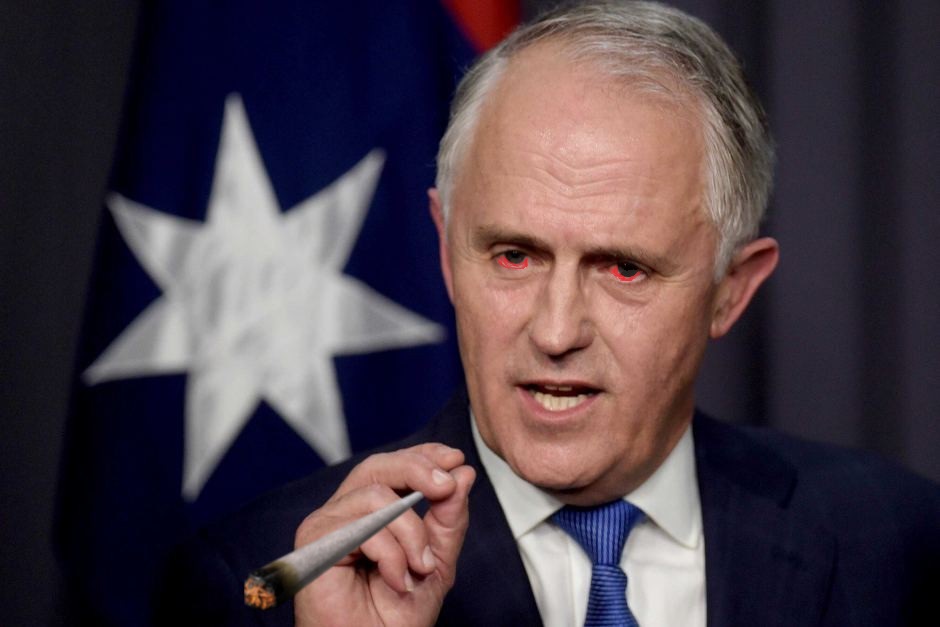 So many politicians have a history with marijuana. The topic of past drug use is always raised in the public sphere and it sucks that so many of them feel guilty or talk of their actions as if they’re still sorry. We don’t care – smoke it ladies and gentleman, smoke it.