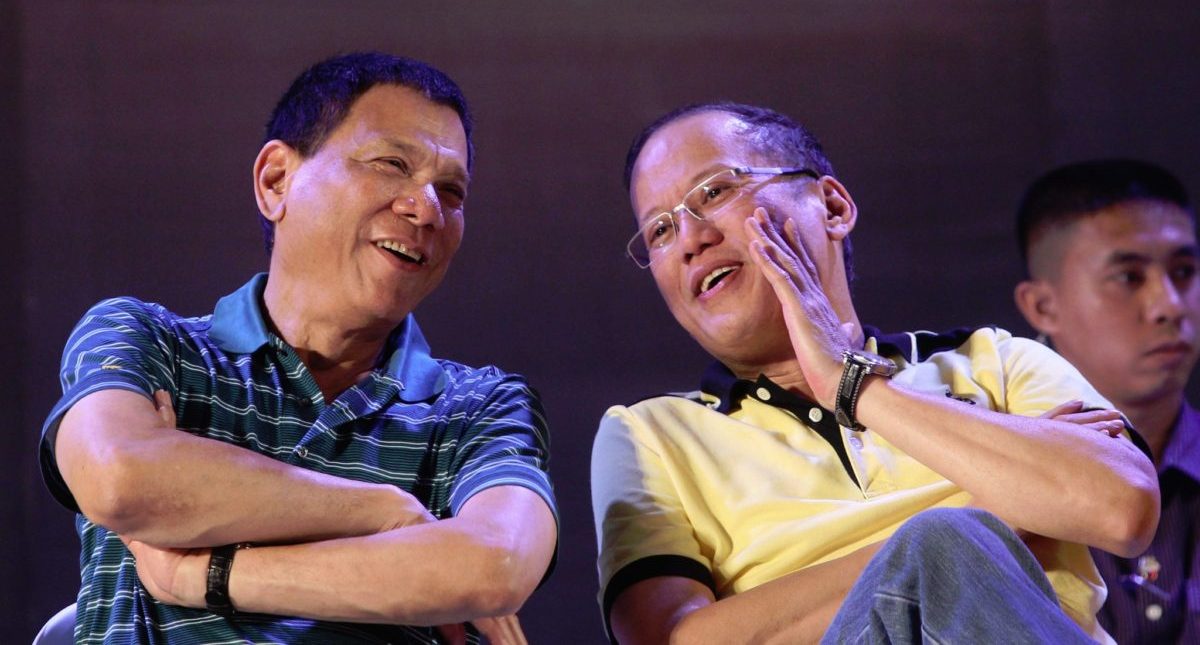 The whole world has spent over a year now fretting about the rise of Donald J. Trump: a vile, egomaniacal, easily baited fascist. But in the midst of all that US-induced hand-wringing, we’ve rather missed the news that over in the Philippines, a vile, egomaniacal, easily-baited fascist named Rodrigo “Rody” Roa Duterte has been quietly going about his business, waging a very real war on drugs.

Drug addicts and dealers are turning themselves in en masse, desperate to escape the very real threat of state-sanctioned murder

Duterte has recently celebrated one hundred days in office, a period of time over which he has called Obama a “son of a whore”, compared himself to Hitler (favourably) and ordered the mass murder of drug lords and dealers. It’s as though the guy took a look at the punitive, victim-blaming attitude the US have towards illicit substances and went, “I can do better than that.” The streets of his country are enflamed now in what could be reasonably described as a civil war, as police officers have taken to openly gunning down anyone caught peddling drugs.

It’s a fear tactic, and it’s a fear tactic that on surface level alone seems to be working. Drug addicts and dealers are turning themselves in en masse, desperate to escape the very real threat of state-sanctioned murder that faces them.

But despite such a flagrant display of human rights violations being conducted on a national scale, the world at large has done very little to condemn or to berate Duterte for his actions. Certainly, nobody is suggesting that any attempts should be made to upset his rule or to take any direct action against his country – no need to go all World Police on this one – but the dearth of condemnation heading Duterte’s way speaks of a larger scale issue, that being the all-too-widely-held belief that drug addicts hold a distinctly “sub-human” class in society.

Probably not best to go all Team America on the situation :/

If Duterte was explicitly targeting Christians, say, or literally any other sub-sect of culture, the international outrage would be palpable. But because the argument can be made that drug-dealing is “illegal” (quotation marks very deliberate: when has legality ever had anything to do with morality?) the full weight of the law can be thrown against a vulnerable, embattled element of society.

No matter that it’s been clinically proven that a program of rehabilitation and acceptance is the best way of dealing with addiction. Nah, who cares about the facts? The prevailing attitude towards drug addicts internationally is one of condemnation and all-out aggression, and even if police officers in the States and our own fair land aren’t openly gunning down addicts, their laws still reflect a belief that restriction and violence are the way to go, even if the simple facts of the matter don’t even vaguely support that case.

That’s why the world is letting out such a dramatic ‘meh’ in the fact of Duterte and his violence, and why so little has been done to take him to task or hold him accountable for his actions. It’s 2016, and the War On Drugs is far from over: in fact, it’s only amping up.