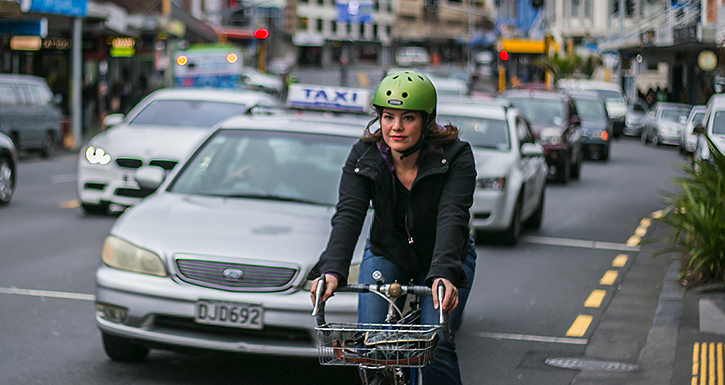 By Jon Hiltz for marijauna.com

On June 2, New Zealand’s Associate Health Minister Peter Dunne announced that doctors will now be allowed to prescribe CBD to patients in need. Less than one week later, the government of New Zealand stunned the world with its newly found speed by preparing to start the debate on a full medical marijuana program.

Julie Anne Genter MP is the NZ Green Party’s spokesperson for health and author of the new medical marijuana bill. Genter took the time to speak with Marijuana.com about this historic journey that could end cannabis prohibition in her country.

First, congratulations on your efforts. Why it has taken New Zealand so long to enact cannabis reform, even though Australia has reformed and created a robust medical marijuana sector?

Thanks! New Zealand almost had change on our cannabis laws back in the 2005 election, but unfortunately, the Government that formed was reliant upon a minor party who insisted that any change in cannabis laws was off the table. This was a real setback and has meant that thousands of people have been criminalised subsequently.

My own party was ridiculed and stereotyped as hippies for wanting to see our cannabis laws changed, so we had to put it on the backburner for a bit. Thankfully, now there has been a groundswell of public opinion and campaigns by people like Helen Kelly. [This] has meant cannabis reform is now firmly on the agenda. The time has finally come for change in Aotearoa.

At what stage is the bill in the governmental process?

Each MP gets the chance to have a members’ bill of a law change they would like to see. My bill is to make it legal for New Zealanders who are suffering from terminal illness or any debilitating condition to use cannabis or cannabis products with the support of a registered medical practitioner.

Last week, my bill was drawn out of a biscuit tin (yes, really) and selected to be voted on sometime this year. I hope to get cross-party support at the First Reading so the bill can be looked at by a select committee. Ideally, all MPs should be able to support the bill to ensure that sick New Zealanders can get the medicine that they need.

Can you highlight some of the finer points of your bill? What will be legalised and how will New Zealanders access it?

I want the medical use of cannabis to be legal, accessible, and affordable. No Kiwi should have to live in pain because of an archaic, uncompassionate law. Medicinal cannabis must be available by prescription at the doctor but it also must be affordable.

There have been some slow moves towards ensuring people can access medicinal cannabis here, but they have been too slow, and medicine will still be prohibitively expensive for people. We shouldn’t have to rely upon the import of expensive overseas-developed medicines. Not when we can grow our own cannabis here.

The bill is only about medicinal cannabis, and only from a registered medical practitioner. Once the bill gets to Select Committee, there would have to be a more thorough discussion about what types of medical conditions would qualify. I want the bill to be interpreted widely so that people with a range of conditions are able to access help.

How likely are these reforms to be successful in getting adopted?

I am hopeful that when the bill comes up for a vote that all MPs will be able to support it. It is tricky because we have an election here shortly where the numbers in the house might change. Of course, if the Greens are in Government then we will have the numbers for the bill to pass into law, and hopefully to implement broader drug law reform.

It seems cannabis reform has significant support in the country. Even the Deputy Prime Minister went on record as saying she is open to it. Is that the case?

It is only because of the groundswell of public support and polls that politicians are now being forced into action.

As the sun sets on the Kiwi nation, many citizens are going to bed with their fingers crossed.

These fearless hopefuls are patients, government officials, brothers, sisters, mothers, and fathers, each praying for the same goal. That the person they know with a terminal illness or debilitating condition will be able to receive nothing less than the medical care they deserve.