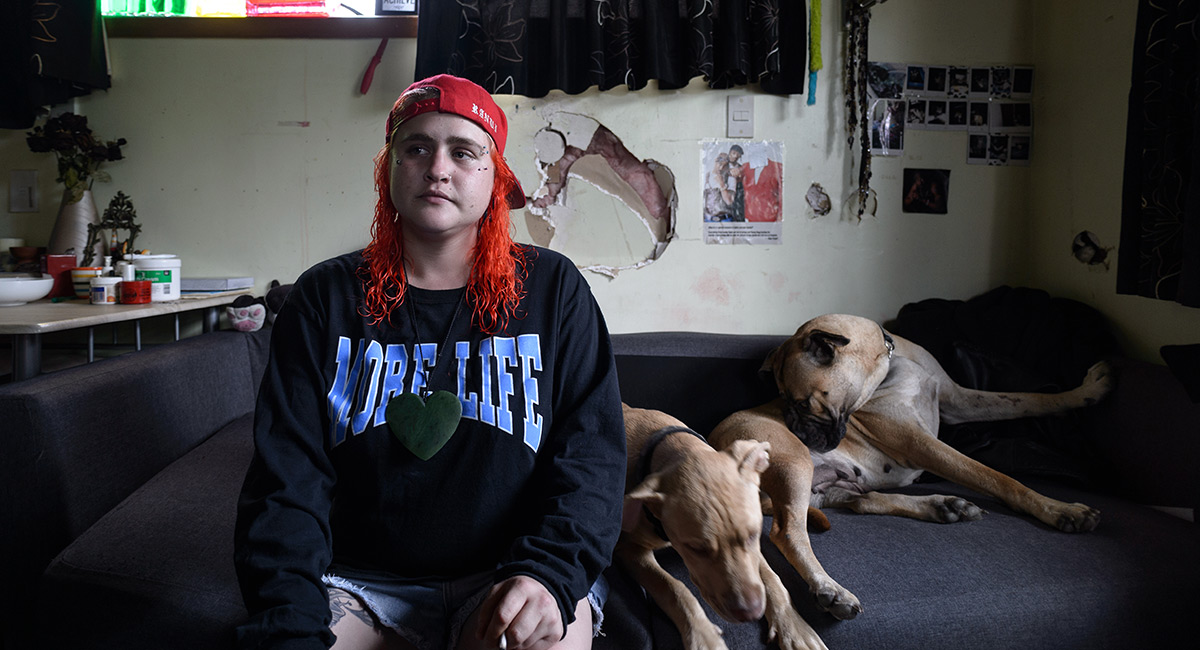 Vice has recently taken a harrowing look inside the deadly synthetic drug crisis in New Zealand in its new episode of local doco series Zealandia.

The episode – entitled ‘Syn City’ – delves into the lives of West Aucklanders affected by the highly addictive and gravely dangerous drug known on the streets as ‘synnies’.

Up until 2014, the sale of synthetic cannabis in New Zealand was considered a global test case for legalised drugs. With the introduction of tighter controls the synthetics market has gone underground, and the harm to the community has spiralled. At least 25 people are believed to have died from synthetic drug use in 2017.

In ‘Syn City’, Vice follows animal lover and former addict Tammara, 20, as she grapples with her recovery from the drug that has dominated her life for six years. We also meet ex-user Trey whose best friend died after smoking synthetics aged just 17. Talking to family members, a former dealer, police, customs officers and an emergency medicine doctor/toxicologist, VICE investigates how and why this drug has become responsible for the deaths of New Zealanders in unprecedented numbers, revealing the raw reality of this under-reported crisis.

Producer Ursula Williams said, “’Syn City’ focuses on lives affected by synthetic cannabinoids. We were inspired to tell these stories by former Prime Minister Bill English’s response to the rise of synthetics, when he said that “personal responsibility” was the best defence against addiction. It seemed like a strange abdication of governmental responsibility, given that Parliament’s muddled reaction to synthetics—making it first legal and then illegal, with little in the way of an action plan for those already addicted—has undoubtedly contributed to the problem. In the wake of those decisions, people’s lives have been ruined, scarred, and even ended. We wanted to give a voice to those people.”

Watch the episode below.