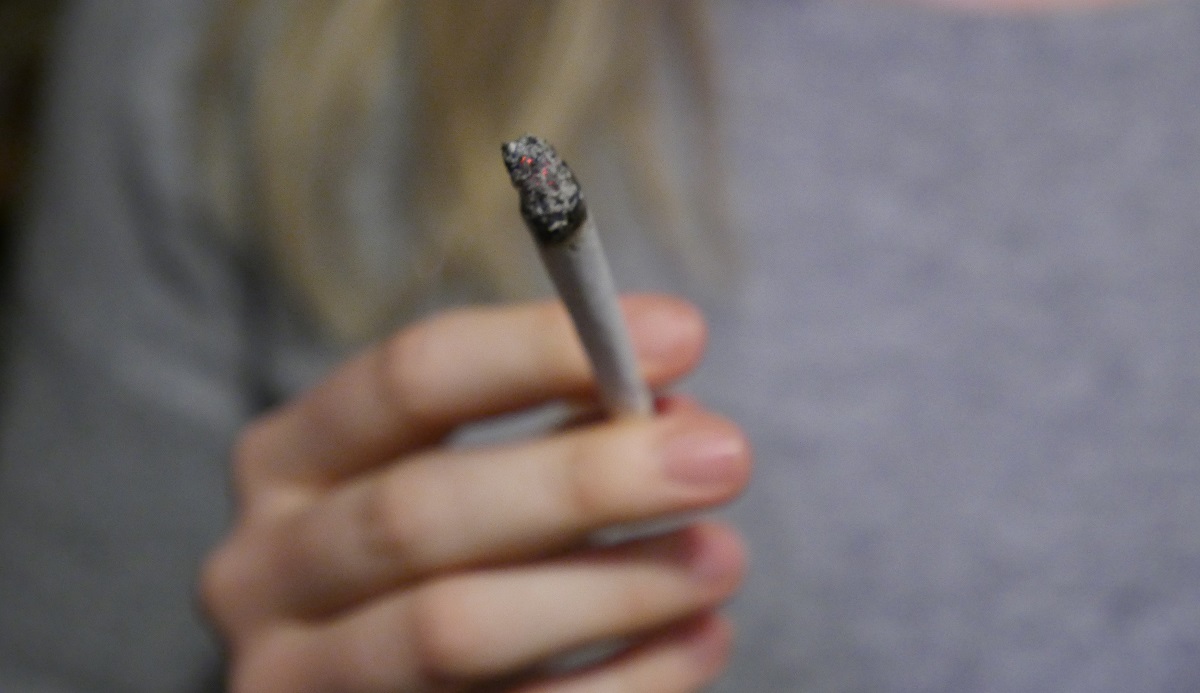 Arms speaks with a CHS sufferer

Cannabinoid hyperemesis syndrome (CHS), a mysterious illness that affects some heavy cannabis users, is a hot topic in the weed world right now. Until recently, most people had never heard of the term, but more and more information is surfacing about this debilitating illness.

MORE: Are you a daily smoker that vomits lots? You might have CHS

Unfortunately, researchers are still unsure of the definitive cause of CHS, but there is a strong link between heavy cannabis use and the symptoms of CHS (which closely resemble another illness: cyclic vomiting syndrome). It’s one thing to know the symptoms of an illness, but what’s it like living with CHS?

We spoke to Isabelle, a woman in her early 20s, about her experience with CHS and she shed some great insight on the condition.

“I went through a really significant event in my life in August last year and following that I was diagnosed with moderate anxiety and depression. But between that diagnosis and my diagnosis for CHS was a long period of some pretty significant substance abuse – alcohol and marijuana – and I was using those to cope with my illness.”

It was a long period between the onset of the symptoms and a helpful diagnosis, and in that period the substance abuse continued. Isabelle alternated between heavy drinking and heavy smoking, sometimes in conjunction. This alternating between alcohol and cannabis made it hard for Isabelle to determine what was causing her condition.

“Leading up to it I found that when I was a heavy smoker and I had a big drinking night I’d wake up with horrible hangovers – not headaches, but really bad stomach aches. And so that’s what prompted me to think that it was something that I’d done because of the alcohol, because marijuana to me has always been a very positive drug. Before I started using so heavily, I used to use it to cure my hangovers.”

With this in mind, Isabelle went to see a doctor. She told him of her symptoms and indicated that it was probably a result of her heavy drinking. She did not tell him about her smoking habits. The doctor, initially thinking it was gastritis, prescribed her some proton pump inhibitors, which were intended to help regrow her stomach lining.

“I took them for a while and everything was okay and I kept smoking very regularly but not drinking. It did get better a little bit, but I think that’s probably because I just cut down on the alcohol. After a while, I came off the medication and started feeling crap very quickly again. I went back to the doctor and he said, ‘That shouldn’t be happening if it’s an alcohol thing. You’re going to need to see a specialist gastroenterologist and get a gastroscopy.'”

Isabelle was back to square one. She went back on the medication and made some appointments to see a specialist, all the while still smoking heavily. She jumped through the medical hoops and had the gastroscopy only to have the results come back negative. It wasn’t until speaking to her gastroenterologist that CHS came up as a possibility.

“I was speaking to the gastroenterologist and he asked me how much I smoke – that standard question that they ask. I told them I was a heavy marijuana smoker but I probably should have told him that I was heavier than I did. And he said, ‘Look, there’s a thing called CHS that happens in really heavy stoners, it usually happens after a good couple of years.'”

Much like the rest of us, she had little to no knowledge of the illness prior to this. Suffice to say, she was doubtful.

“I’ve been smoking for about five years, but only started heavily in the last six to eight months – so I thought I dismissed it. I also had the mindset that it’s helping me, it’s an anti-nausea drug, and so I got very disenchanted and very frustrated because I was getting really sick.”

Isabelle continued to smoke regularly, and her symptoms worsened.

“I would wake up feeling unbelievably nauseous even when I would eat. I knew as soon as I put something in my stomach I would feel absolutely crap so I didn’t want to eat. It was affecting my quality of life, my day-to-day life. I found myself always just a little bit nauseous, sometimes very, very nauseous.”

In the midst of these symptoms and their mysterious root cause, Isabelle was confused and frustrated. She had more tests, including a CT scan and a biopsy, only for the results to come back negative. Her frustration was mounting but, luckily for her, a new relationship served as the foundation for her path to recovery.

“Funnily enough I started my relationship with my girlfriend and she is a nurse, a medical professional. She saw the amount I was smoking and was like, ‘You know, that this quite a lot. I think you should cut down.'”

Isabelle’s new partner was more concerned about Isabelle’s mental health and where her heavy smoking was stemming from. This concern, however, was the first step to getting to the bottom of Isabelle’s physical health.

“So, wanting to continue my relationship, I decided on my own terms to cut back to once a week, thinking I wanted a tolerance break anyway. As soon as I cut down, immediately I found my symptoms receding. I found that quite shocking and then I thought maybe the CHS diagnosis was right.”

She did some reading into the condition and discovered that it was a type of cannabinoid toxicity. She decided to cut cannabis out of her life completely.

“I thought, okay, I’m just gonna cut completely and see what happens and I felt 100 times better. I did not get nausea – the nausea subsided after about a week. I kept the rest of my lifestyle, kept the same diet, drank sort of the same amount, and I thought: ‘Well, the biggest lifestyle change is that I’ve stopped smoking and I feel a lot better.”‘

Isabelle returned to the gastroenterologist to follow up. The two of them concurred that it was most likely CHS based off the evidence they had. The gastroenterologist told her the only way to be certain was to start smoking heavily again, but he did not recommend that path and Isabelle was reluctant to go through the process again. Unfortunately, due to the lack of research and information on the syndrome, there are no definitive ways to test for CHS.

She has smoked again since the diagnosis but her experience wasn’t wholly pleasant and served to confirm the diagnosis that they had settled on.

“I’d had a bad night and when I woke up in the morning one of my friends had some bud on the table. I was like, ‘You know what? I’ll have a bong,’ and then that evening they rolled a joint and I thought, ‘Well, I’ve already ruined it for the day. I’ll have some of this joint.’ I woke up in the morning with mild nausea. And then I thought, ‘Ohhhh, I haven’t felt this in a while,’ and the only thing I’d changed was that I smoked yesterday.”

Now, six weeks down the track, Isabelle reflects on the period leading up to her diagnosis with a clearer amount of insight.

“Looking back in hindsight, I was a really heavy smoker for that whole period and it makes so much sense. The irony is I thought I was making myself better – I cut alcohol and smoked more, thinking that would help, and it was just making me worse. Marijuana did ease my anxiety, it did ease my depression and it did help me get on with my day-to-day life emotionally. But not physically!”