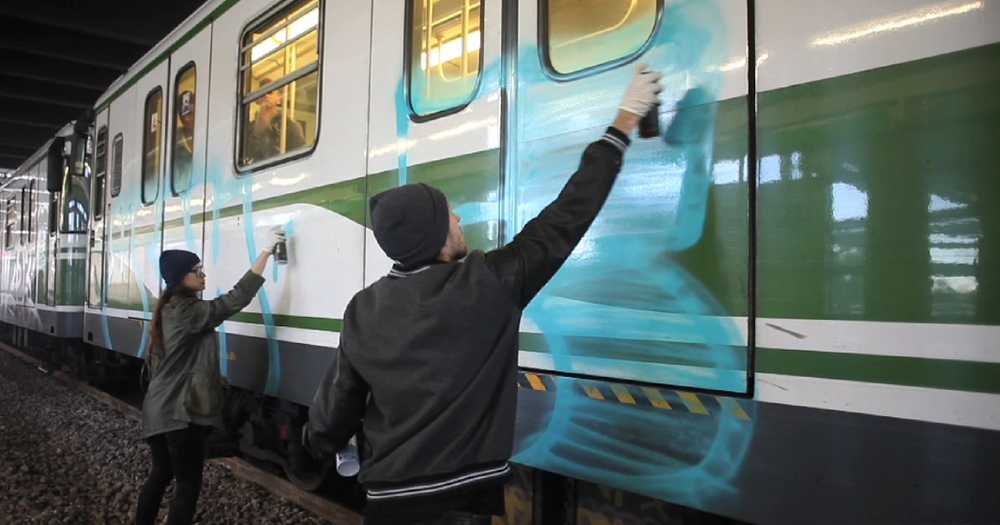 A well known US graffiti artist who was arrested in Melbourne last month has been jailed for six months.

The sentence was handed down to Jim Harper yesterday, who was charged with one count of causing more than $4k damage.

The 31-year-old paints alongside fellow US artist Danielle Bremner under the names Utah & Ether. Bremner was not charged.

In early May the media reported the arrest of Harper alongside a local artist after in Brunswick a brawl with a local man.

You can check out a video and some pics from Utah & Ether’s website below, or read more info on The SMH.