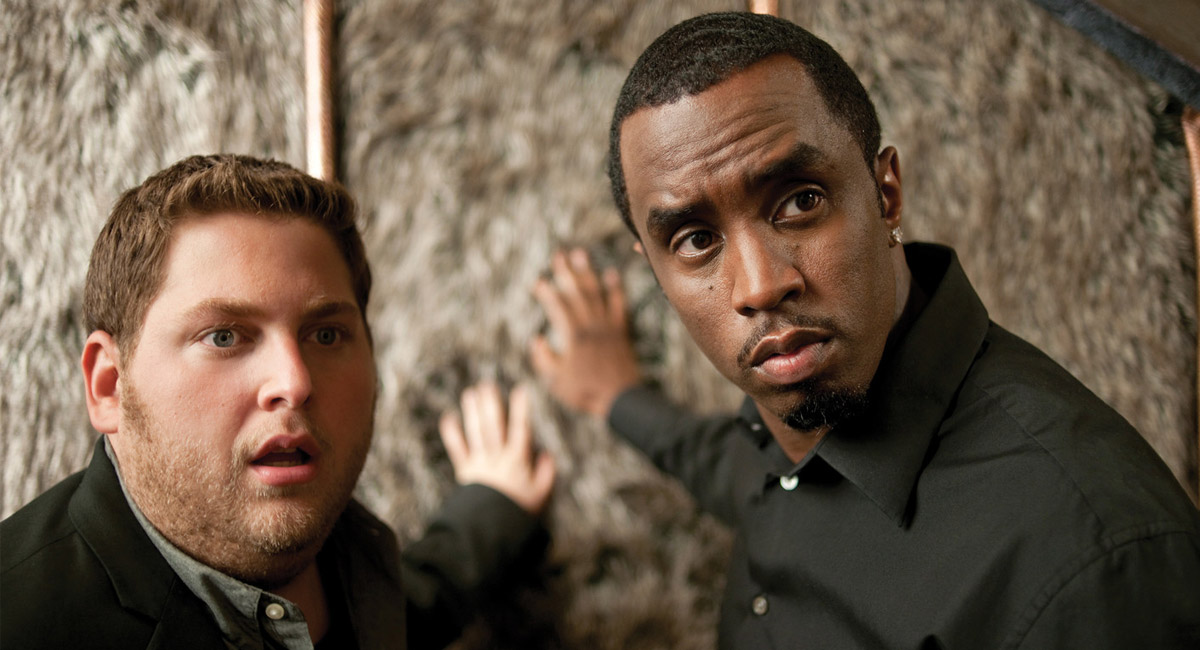 Sex, drugs and rock’n’roll, amirite? Drugs and the music industry have long been associated with one another – both in legend and reality. But what about in Australia, right now? Writer Joseph Earp looks at drugs and the Aussie music industry today in this series done in collaboration with the BRAG.

Read part 1: Drugs and the music industry – A brief history

Read the final instalment of the series on Dopamine tomorrow, or pick up a BRAG magazine and read the whole thing in print.

In 2014, Blur and Gorillaz bandleader Damon Albarn sat down with an interviewer from Q magazine and in his gentle, lilting Essex accent, methodically extolled the benefits of heroin use. “I hate talking about this because of my daughter, my family,” Albarn said. “But, for me, [heroin] was incredibly creative … A combination of [heroin] and playing really simple, beautiful, repetitive shit in Africa changed me completely as a musician. I found a sense of rhythm. I somehow managed to break out of something with my voice.”

Albarn’s working ‘method’ was to stick to five days on heroin and then take two days off, in the process developing the kind of formalised, rigid schedule he assumed would stop him from spiralling into an all-out addiction. And it really worked – or at least, so he said.

As far as Albarn was concerned, the heroin freed him up: it allowed him to think of chords and lyrics that would usually be barred from him; it pushed and it challenged him. Heroin was his muse. As one might be able to imagine, Albarn got himself into a lot of trouble over the interview – detractors from all walks of life argued he was romanticising drug use, leading his potentially young, vulnerable fans down a fraught path.

Nonetheless, while Albarn’s comments could indeed be read as dangerous, they also represent a rare example of a musician talking matter-of-factly about drugs. The one-time poster boy of Britpop wasn’t rambling about sticking a needle into his arm during a raging party, or getting fucked up in order to survive another night on a godawful tour. He was talking about drugs in the language of medication – as though there was something intrinsically casual about them, something that meant they were a mere part of his life, rather than the whole of it.

“Once I’d tried it, I found it initially very agreeable, and very creative” – Damon Albarn

It was, in some ways, a striking change from the usual toe-curling tales about druggy extremity that have oversaturated the news cycle for years. Albarn’s heroin chat seemed more realistic, more akin to the stories of middling drug use that define the industry for so many of those who work in it. His experience was so much like the experience of those low-level musicians who enjoy lighting up a joint while writing their new record, or those who do a line or two of coke just before hitting the studio. 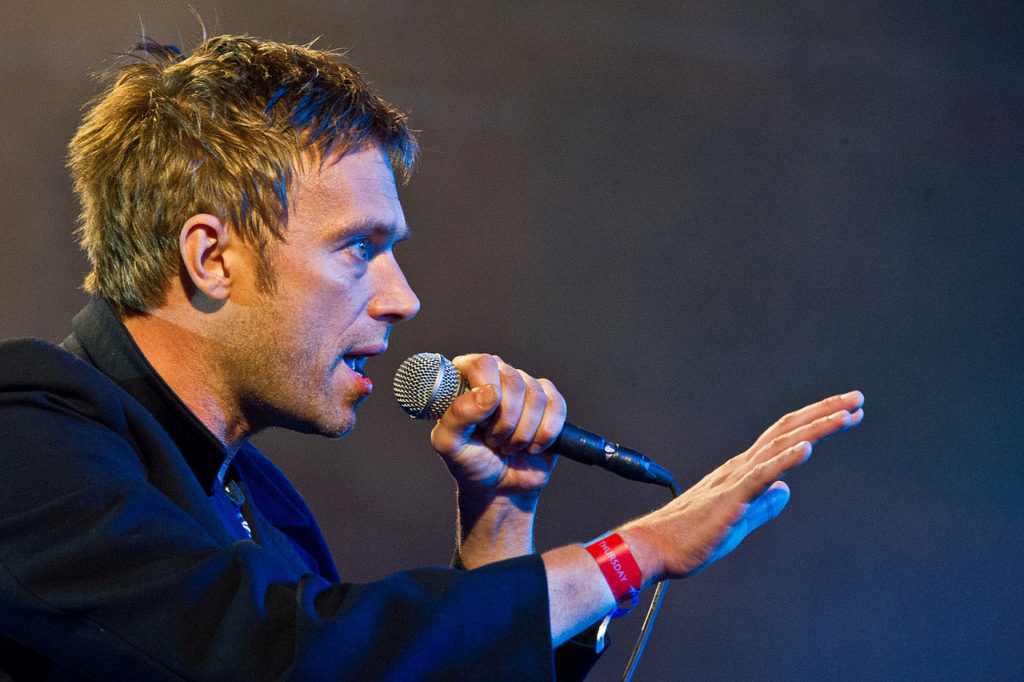 “Illicit drug use in Australia is often rendered as a black-and-white battleground: you’re either a drug user and thus looked down upon as a loser and a criminal, or you’re an anti-drugs totem of purity,” wrote author Andrew McMillen in a 2014 article for The Guardian. McMillen was also behind the conversation-defining work Talking Smack: Honest Conversations About Drugs, which featured a series of interviews with prominent artists about drug use in the music industry.

“Usually the discussion is dominated by politicians, police and sensationalist media outlets who stand together in condemnation of anyone who would dare consume a drug that isn’t alcohol, caffeine, nicotine or a prescribed medication,” He explained. “While working on Talking Smack I found an important distinction to be made: that despite the noisy negatives often associated with drugs at all levels of society, many of my interviewees had positive experiences. This is a rarely-acknowledged truth for many Australians, regardless of whether or not they’re employed in the creative industries.”

“I think people really love these big hotel-wrecking stories,” an anonymous musician tells me, agreeing with McMillen’s assessment. “And you can see why. Those are the stories that people make movies out of. I think that those stories are impressive, ’cause they kinda make us think our heroes are even more heroic. It’s like, ‘Shit, Hendrix was just fucking constantly high, how the fuck did he manage to make all that amazing music when he was so consistently messed up?’ It makes musical heroes harder to understand in a weird way, and that makes them [people] to look up to.

“But that means we don’t always talk about what I kinda think [about] as drug use in the music industry, which isn’t usually like that. I mean, it is when addiction gets too much and people start to get out of control and all that. But usually when I’m writing, I will take something – maybe a few caps, maybe smoke a joint – and then write on that. That’s more what I think of when I think about drugs.”

Certainly there are a whole host of musicians out there who seek the aid of substances in order to spark their creative fires.

“I just [take] the good [drugs],” Australian musician Brendan Maclean jokes. “Weed, dexies… I used to take Xanax but that made me too sleepy. I suppose what I’m looking for is to get out of my daily routine. Otherwise it’s to stay awake, twist the song or just because I like being stoned. And I mean, I always follow the golden rule: write high, edit sober.” 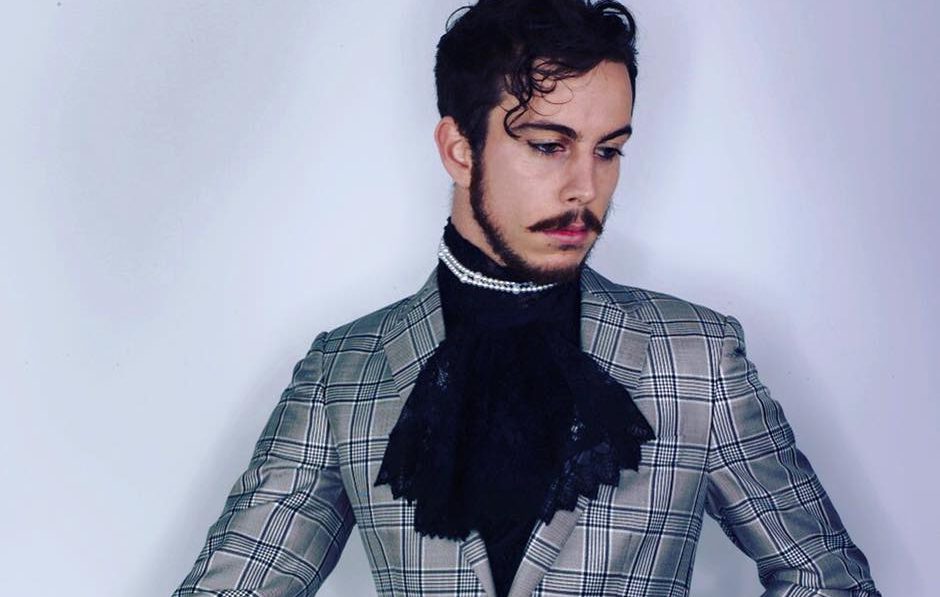 And it’s not just downers. There are a range of drugs musicians use to help shape and sculpt their work. There are those who drop acid while writing, those – like Albarn – who come out punching from heroin’s corner, and those who use stimulants like coke and ecstasy to keep them writing fast and for hours, looking for a way to keep their limbs moving as fast as their brains.

“I used to do coke pretty regularly,” another musician explains to me. “Just because I could do it and then I wouldn’t really have to worry about sleeping so much. It would just mean that I could churn out a lot of work over the space of a single night. Some of it was a little shitty, but also, a lot of it wasn’t. It just made everything move a lot faster.”

“Coke is good for rehearsals,” another musician reveals anonymously. “We would sometimes have a little bit when it was just the three of us, jamming around in a garage. It just means you can get through a lot more, and a lot faster. I suppose it is a bit dangerous, because it can mean you drink more, or maybe lose focus a little bit. But we always found that if we kept on top of it [and] didn’t get too fucked up, it never once was a problem.”

Such creative experiences are actually backed up – at least in part – by science. The creative urge can indeed be influenced and altered by a range of drugs, with the neurologist Dr. Alain Dagher noting in an interview with Vice that drugs can “make conceptual links in your brain between things that you may not normally link”.

“The most obvious example of the way a drug can help creativity is that most of us are, for the most part, inhibited in many ways,” Dagher said. “Many drugs, especially in small doses, can relieve that inhibition. Part of creativity is being original. So drugs like cocaine, and perhaps heroin, have that ability to make you have original thoughts.”

“What [drugs do] is lower your judgement,” said Harvard neurologist Dr. Alice Flaherty in 2014. “You [just] think what you’re writing is more creative. It reminds me a little of William Stafford, who said that all you have to do to get rid of writer’s block is just lower your standards.”

Of course, relying on drugs in order to write has an array of sometimes life-threatening downsides, and remains a dangerously unsustainable long-term method. For a start, believing that simply maintaining a heroin habit will transform you into the next Damon Albarn or Kurt Cobain is the kind of broken reasoning that accounts for a lot of bad bands – and a lot of even worse drug problems.

As Dagher himself pointed out, drugs aren’t the creative be-all and end-all, no matter how seductive they might be. “The other thing about creativity is that it’s not just about being disinhibited,” he said. “And it’s not just forming associations – you have to have a certain amount of talent. You need to not just have ideas, but know what are the good ideas and what are the bad ideas.”

And that is the common criticism raised by those who see drugs as little more than an expensive, time-consuming crutch: a prodding of creative talents rather than a guaranteed artistic kick up the bum.

“I don’t think it’s very helpful to adopt this attitude that is like, ‘Oh, the only way I can write is on drugs,’” says an unnamed artist. “Maybe just, like, occasionally using it to flip things on their heads a bit is cool, but to be honest, most of the time ‘drug writing’ is the kind of stuff you could have just done when you are sober anyway. I think people sometimes try to justify their drug use with their art, which is a bit shitty.”

Elefant Traks label manager and rapper Urthboy agrees. “I’ve never really had any clear proof [that drug use helps creativity],” he told McMillen for The Guardian. “You can’t say that’s a fact when you write really good stuff without smoking. To ever suggest that weed is an essential ingredient in that process is almost to give up on your own abilities.”

One industry player I spoke to put it even more simply. “It’s kinda fucked to assume that The Who were only The Who because of drugs, or that Pink Floyd was only Pink Floyd because they liked to get fucked up. Then you’re saying that it all it takes to make great music is a lot of money and a good drug dealer. In which case, there’d be a lot more great music out there, that’s for sure.”