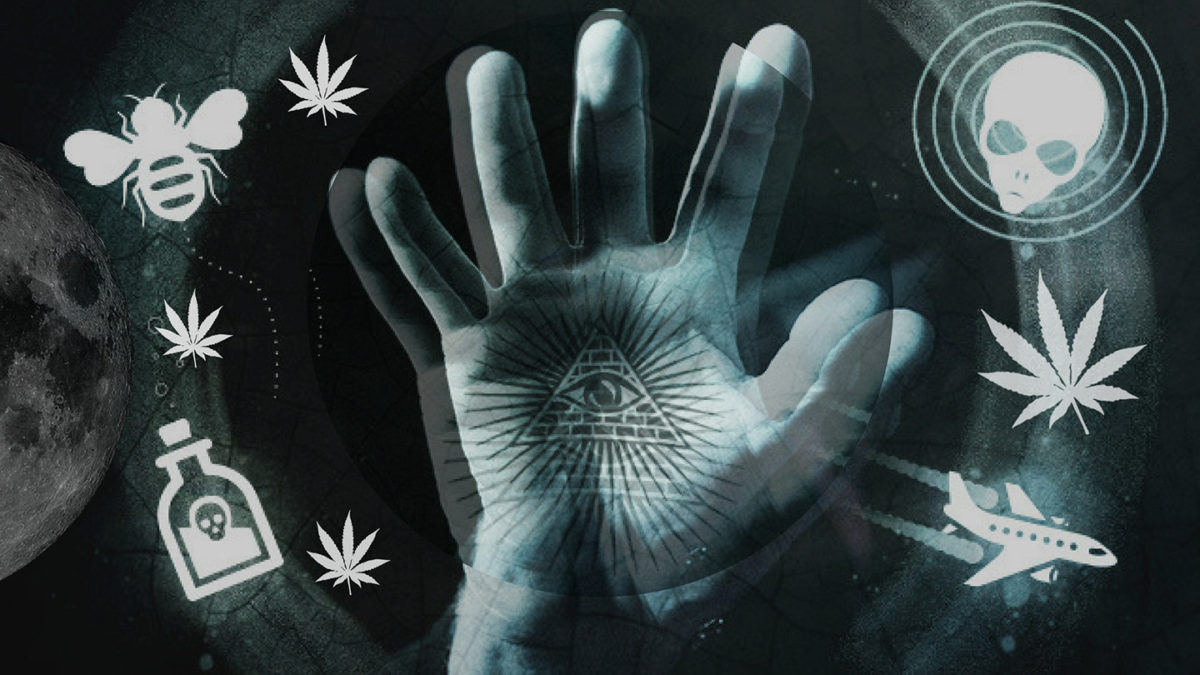 Cannabis prohibition does not bear the characteristics of a conspiracy

It seems more and more unwitting people are becoming prone to absurd conspiracy theories, as demonstrated by US journalist Dennis Mascarenas in his award-winning mocumentaries Codename Dennis and The Moon Conspiracy.

The Moon Conspiracy tells of alleged Nazi flyers in the Arctic, a Jewish world conspiracy powered by plutonium-contaminated reptiloids camouflaged as humans, the earthquake machine in Japan, as well as the fact that irrational ideas cannot spread without the willingness of gullible participants.

Although the most obscure of these conspiratorial ideas may differ from one another, they almost always have one thing in common: A certain group or minority (e.g. corporations, Jews, liberals, politicians, political parties, gays, lesbians, abortion advocates, or simply “them up there”) subtly control everything.

When comparing alleged conspiracies with the history of the cannabis prohibition, it is all too easy to hear how secret and dark powers have played their part in the global ban of cannabis. Lies about the forbidden plant have been (and are still) reported to justify and maintain the ban. People who are aware of these falsehoods and have an understanding of cannabis history over the past 50 years are naturally suspicious of anti-cannabis propaganda. Even the most serious representatives of politics and media are mistrusted due to their participation in spreading the cannabis-lie for nearly a century. It’s unsurprising that some suspect a conspiracy of corporations and politicians or other interest groups behind the ill-founded prohibition of marijuana over the years.

Though cannabis ban can be considered one of the biggest mistakes of the past century, it does not bear the characteristics of a conspiracy, contrary to cannabis pioneer Jack Herer’s claims found in his book The Emperor Wears NEW Clothes. Unfortunately, some of Herer’s unfounded claims are now considered part of cannabis history. Herer accuses American large-scale conglomerates such as DuPont or the media mogul William R. Hearst of participating in the ban for their own economic benefit.

The cannabis conspiracy is disputed

NORML Board of Directors Member Dr. Dale Gieringer, who received his PhD from Stanford on the topic of DEA drug regulation, disputed Herer’s cannabis conspiracy theory about a secret collusion of major American conglomerates and politicians as early as 2008. In the same vein, Gieringer referred to the true, racially motivated background of the worldwide prohibition of cannabis. Steven Wishnia, a New York based Journalist, wrote about Gieringer’s thesis:

Herer, a somewhat cantankerous former marijuana-pipe salesman, deserves a lot of credit for his cannabis activism … Unfortunately, he’s completely wrong on this particular issue. The evidence for a “hemp conspiracy” just does not stand up. It is far more likely that marijuana was outlawed because of racism and cultural warfare.

Articles from that period emphasise the Reefer Madness campaign’s predominantly racist character. In his autobiographical book the murderers Anslinger revealed that his drug policy only served as a power instrument for the enforcement of political interests of the external right. Gieringer’s argument is convincing and demonstrates that cannabis has not been banned to enforce the economic interests of small yet powerful groups. Gieringer questioned Herer’s allegations, and demonstrated that there is no evidence for an Anslinger-DuPont conspiracy and the anti-cannabis campaign had nothing to do with the assertion of the economic interests of DuPont or Hearst.

When you unravel the conspiracy, racism is found at the center of the issue

In the early 20th century, cannabis was economically much too insignificant to become the cause of an international conspiracy: The German author Tilmann Holzer described in his book The Birth of Drug Policy from the Spirit of Racial Hygiene how Egypt, with the support of South Africa and Turkey, had requested to add cannabis to the list of controlled substances. The motivation of Egypt and South Africa to ban cannabis internationally after the respective national ban was also purely racist, as Holzer impressively demonstrated in his work. After the initial hesitation, the German Reich agreed only to the ban of “Indian hemp,” in order to continue exporting German heroin to Egypt for “medical” purposes. While nine countries voted for the ban of cannabis, the US and the Chinese delegation protested and left the convention before the decision. Thus, the USA did not even vote for the first worldwide cannabis ban.

The Reefer Madness Campaign in the USA was just as racially motivated in 1925. The still young cannabis ban of the League of Nations came just at the right time to launch the racist Reefer-Madness campaign in the US in 1927. By the time the US introduced the Marijuana Tax Act in 1937, cannabis had long been prohibited in many other countries in order to control ethnic minorities.

In the 1930s and early 1940s, Germany had experienced bitterly how racism could be channeled and utilised without an international conspiracy or cartels. Regarding the disproportionate share of ethnic afflictions in US jails and prisons worldwide, the racist-motivated persecution under the cover of drug-control today is worse than ever. It is the many untruths and injustices to justify the ban provoking the idea of a conspiracy. Nevertheless, they are distracting from the racist implementation of the war against “Marihuana,” because such a simple, historically wrong “good versus evil scenario” replaces the complex, historical development of the ban. Not our economic interests, but rather historic racism is the real source of the prohibition, and still prevents evidence-based cannabis policy in most parts of the world today.