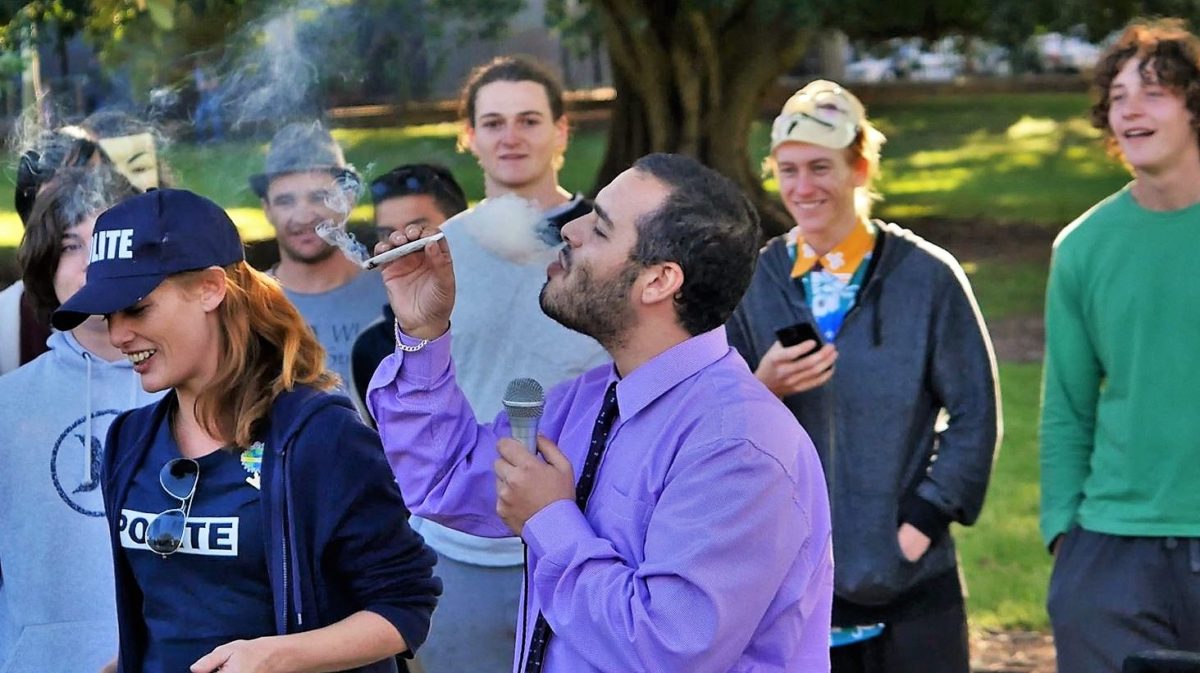 Heavy Dayze is a cannabis breeder, educator and grower, and hosts The Pot Cast podcast.

Editor’s note: Dopamine has shamelessly plugged, publicised and (non-financially) supported many 420 picnics. While our overall editorial stance clearly does not align with the piece below, we believe that conversation and having a variety of opinions is super important, and not done enough in the broader media. Did you agree with this piece? Disagree? Fantastic. Now you’ve had to actually think about your beliefs.

Over the past 12 months there has been an increasing number of “420 meetups” in Melbourne, Sydney and Brisbane, operating under the guise of protest against prohibitions and culture.

The truth is that, no matter how good the intentions are, the event is poisoned by a lack of consideration for others displayed by many attendees. This disregard for collateral damage shows attendees motives are self-serving at best.

The events brazenly give a giant “fuck you” to the law and common decency – which will cause some in the mainstream community to automatically resent them. While it might sound cool to get high in public and give a “fuck you” to the law, the public largely view this as overstepping the boundary.

Ingesting drugs in a public place – in plain view of children and the elderly – will only alienate people who otherwise may have been open to a discussion about cannabis reform. No matter how strongly you feel that cannabis laws are wrong, there will be people out there who simply don’t want their family exposed to cannabis smoke in public (even though they may be pro cannabis).

On the other hand, to a conservative observer, these 420 meetups appear as nothing more than a misguided group of drug users rubbing their drug use in the face of others. I use this harsh language because, to these people, that’s what the attendees are.

These protests should observe the social norms of other acceptable drugs. For example, alcohol is legal but it is considered inappropriate to consume it in public. These 420 protests wrongly assume impressionable young people won’t be negatively influenced by such events. It is obvious why there is a need to keep the consumption of mind-altering substances out of the public eye.

In recent years, it has become more and more apparent what our most powerful tool for reform is: using videos and images of people physically suffering without cannabis. Even the most anti-cannabis people can’t object to its use as medicine when such powerful images demonstrate how well cannabis can improve sick a sick person’s quality of life.

It’s crucial that people stay planted in this moral ground that cannot be lost if argued properly – cannabis change the lives of sick people. Sadly this moral ground is almost always conceded when the argument is inadvertently shifted – like when people smoke in public parks.

In conclusion it’s clear that medical cannabis reform is underway in Australia, however these 420 meetup events only work against the good work done by many. I believe that many attendees have good intentions, but there are without a doubt some who are just looking to meet a new ‘contact’ and get stoned out of their mind without any care for whether or not weed is legalised. It’s time cannabis users stopped putting their own short-term pleasure before the long-term wellbeing of every other smoker and potential medical cannabis patient in Australia.

I would like to distinguish that any event not within the general public area – such as Mardi Grass – is not included when this writer refers to “420 meetups”. Events that don’t feature smoking in public are also not included.