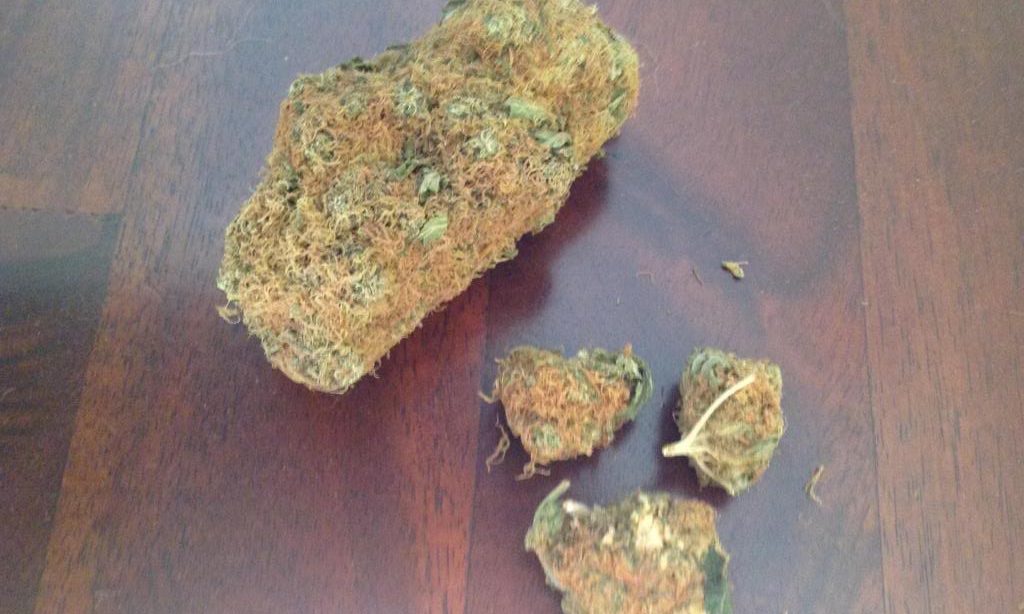 You may have heard people talk about plant growth regulators (or PGRs) when it comes to growing plants, specifically cannabis. Cannabis breeder Heavy Dayze – who runs The Pot Cast podcast – fills us in on some of the common ones, and whether or not we should be using them.

Read more about PGRs and their role in growing flowers in this book by gardener Vaghasiya Mital, whichyou can buy online here.

Over the past few years we have seen an exponential increase in public awareness related to PGRs and even ways to identify suspected buds. This increased awareness is a fantastic sign that we are progressing as a community. However, there is still a lot of misinformation circulating about PGRs as well as a lack of scientific understanding around how they work. I will attempt to outline the major PGRs used in cannabis production and how they affect your body.

Paclobutrazol (PBZ) is a plant growth retardant (usually used in the vegetative cycle onwards) and works via being a giberellic acid (GA3) antagonist. For the science buffs out there, it’s a competitive inhibitor with irreversible binding to the iron core of the three enzymes involved at different stages in the synthesis of gibberelins. However, the takeaway message for the average person is that it stops the plant functioning in a normal manner by shutting down the following enzymatic pathways:

What is important to note is that PBZ shuts down the terpene synthases, which will bottleneck two other pathways critical to the production of (good) cannabis:

The inhibition PBZ causes greatly diminishes the plant’s ability to produce THC, due to the fact that THC’s base organic building block is geranyl diphosphate, one of the first products produced by the terpene synthase pathway. In essence this means that PBZ severely diminishes the plant’s ability to produce THC and terpenes (variably depending on the concentration of the PGRs used). This explains why PGR buds have little to no terpenes, and little THC. (Admittedly the drying and curing process affects the terpene content also.)

The effect of PBZ further manifests itself (via inhibiting the above enzymes) by ultimately causing the plant cells to divide, but not to elongate (which giberellic acid normally does) and as a result the flowers will be more dense and have smaller calyxes, and thus appear to have more pistols (aka rock hard bud with hairs for days). With that being said, PBZ will only increase the density of a strain comparatively. Some strains are naturally very dense and could even be more dense than a bud with PGRs, if the PGR strain is generally not a dense one. For this reason it’s best to use multiple criteria when trying to determine if the bud has PBZ in it.

Finally giberellic acid is responsible for inducing trichome formation. Therefore no GA3 means no trichomes. Thus the explanation as to why PGR buds have less or no trichomes (again variable depending on the concentration of the PGRs used),.

In terms of its health effects it is deemed a carcinogen according to the California EPA and the Massachusetts EPA as well as a developmental disruptor.

Daminozide AKA alar is usually used in the flower mix and is another antagonist, but to abscisic acid instead of GA3. There aren’t a lot of visual effects caused by alar except for odd colouration of the buds due to excess amounts of phytyl (a precursor to chlorophyll) accumulating. This is another thing to add to the list of things to look out for, and explains why PGR buds tend to be brown-green on the surface.
In terms of health effects though, the thing to take away from alar is that it breaks down into a nasty little product called unsymmetrical dimethylhydrazine (UDMH).

Chlormequat Chloride is the final PGR common in flowering mixtures.

This is a plant growth regulator that inhibits the synthesis of GA3 in a similar way to PBZ, and therefore many of the effects caused by it are similar to PBZ’s (in terms of identifying bud) and similarly, it causes a myriad of problems much like PBZ (though likely through different mechanisms).

These are the currently known effects of the three commonly used PGRs in commercial growers’ veg and flower mixtures.

Read more about PGRs and their role in growing flowers in this book by gardener Vaghasiya Mital, whichyou can buy online here.